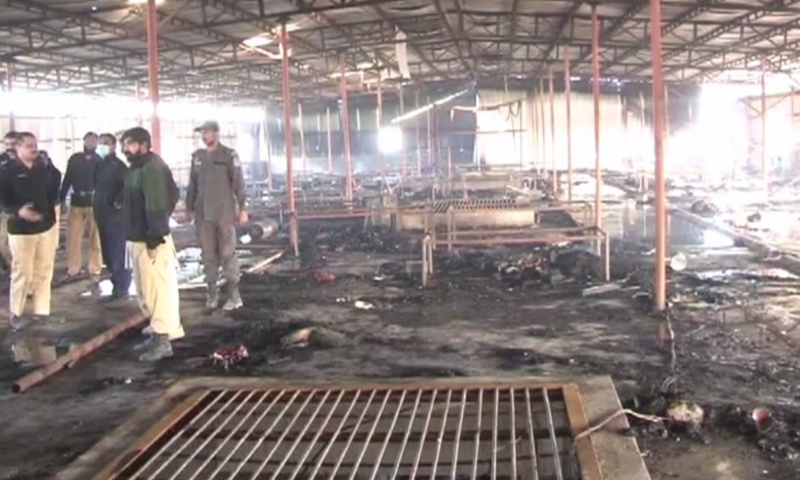 LAHORE: Seven workers hired by the Habib Construction Company to work on the Orange Line Metro Train Project died and 14 others were injured on Wednesday in a fire that erupted on the third storey of a makeshift residence for workers in the Mehmood Booti area, near the Lahore Ring Road.

The fire sparked when an LPG cylinder on the third floor blew up at around 1:40pm. Rescue 1122 officials, however, said they had received a call about it at 2:03pm.

They took 21 workers to Khwaja Saeed Hospital where doctors pronounced seven of them dead. A medical officer at the hospital said five of those injured had been discharged while nine were taken to Mayo Hospital.