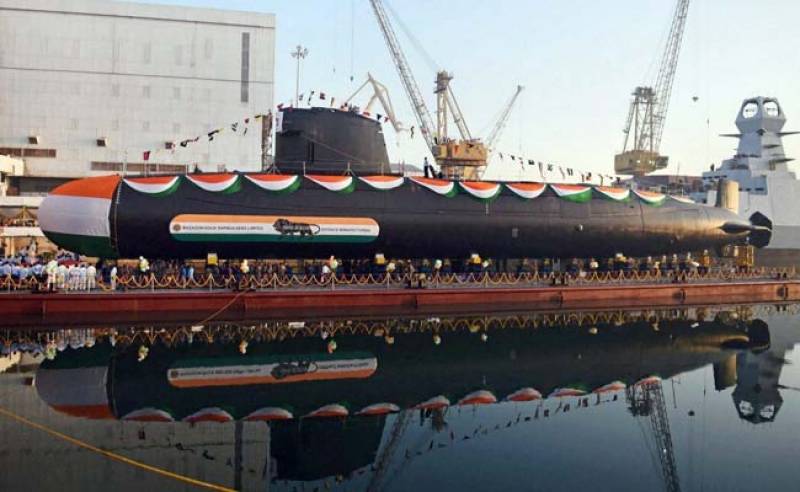 Khanderi launched at the Mazagon Dock Shipbuilders Limited (MDL) in Mumbai has superior stealth ability and is capable of launching a devastating attack on the enemy using precision guided weapons.

The submarine can launch an attack on enemy with torpedoes as well as with tube-launched anti-ship missiles while underwater or on surface.

Khanderi is capable of functioning in all fields of operations and theatres, including the tropics.

Khanderi can be a part of multifarious and multifaceted types of missions such as intelligence gathering, anti-submarine warfare, area surveillance and mine laying.

It is the second of the six submarines which are being built at the MDL in collaboration with DCNS of France, as part of Project-75 of the Indian Navy.

Khanderi is named after the Island fort of Maratha forces, which played a vital role in ensuring their supremacy at sea in the late 17th century. Khanderi is also the name of Tiger Shark, an MDL official said.

Till December 2017, the submarine will undergo rigorous trials and trials which are designed to test each system to its fullest capacity.

Thereafter, it would to be commissioned into the Indian Navy.