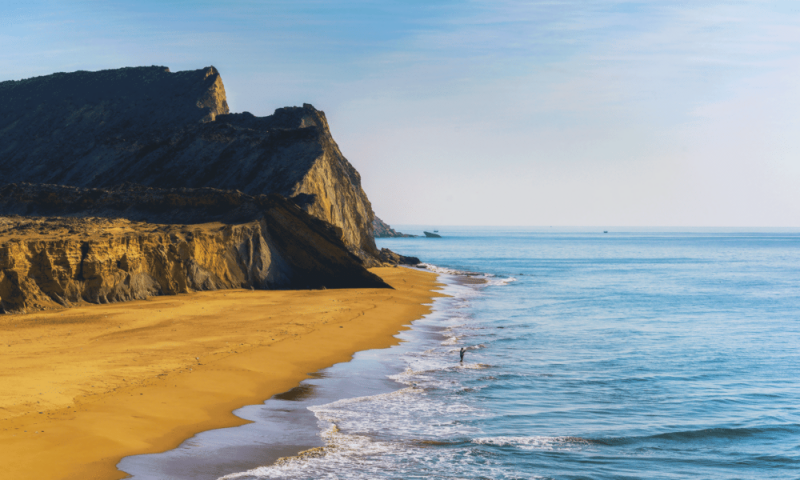 ISLAMABAD - Tsunamis cause great damage and devastation, as seen recently in Japan where 15,000 died in 2011 with an earthquake of magnitude 9 producing waves 20 meters high.

A study published in the Geophysical Journal International suggests that a 1,000 km fault line at the northern end of the Arabian Sea near Pakistan poses a similar threat and may cause large scale tsunamis.

The Makran Coast is a subduction zone, an area where one of the earth’s tectonic plates is dragged below another. This can cause massive faults known as “megathrusts”, leading to high magnitude earthquakes in the area and cause massive tsunamis. Coming Together for Mutual Benefit

A tsunami near this area may affect not only Pakistan but India, Oman, Iran, the Maldives and other countries bordering the Indian Ocean. The last reported tsunami in this area was in November 1945 when more than 4,000 people perished in Southern Pakistan, causing devastation along the coasts of India and Oman.

Given the huge risks of a tsunami in this area, the United Nations Educational, Scientific and Cultural Organization (UNESCO) has started a project and provided funding. Iran has been a key player in this project and cooperated with UNESCO on several studies on the Makran faultline and the effects it can have on the Iranian coast.

So far, Iran has been independently researching the matter just like Pakistan, Oman, and India but now they are joining forces to achieve better and more accurate results.

A faculty member of the National Institute of Oceanography and Atmospheric Sciences Iran, Mahmoud Reza Akbarpour, says that the project will be used to identify high-risk areas and zones along the Makran coast with institutions working on giving the first warning, evacuating the area, dealing with a tsunami and its aftermath.