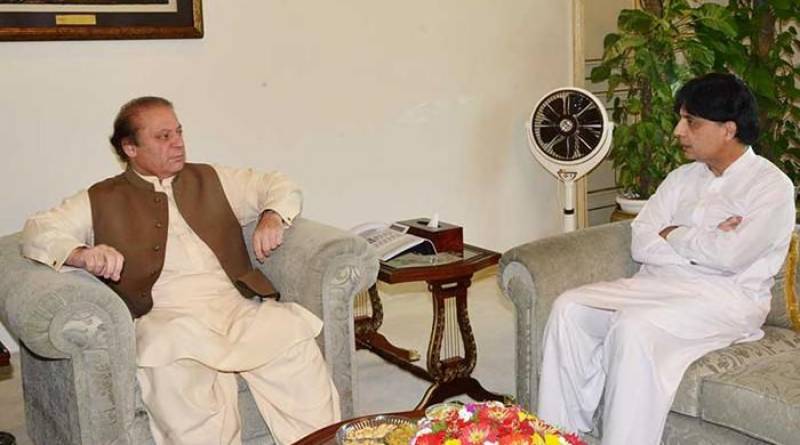 Sharif was approached by a mutual acquaintance to consider meeting the former interior minister sometime this week, but the former premier turned down the request.

Sharif is the de-facto chief of Pakistan Muslim League - Nawaz, and Nisar was an important member of his party up until the two had a public falling out over political differences more than a year ago.

Senior PML-N leaders Shehbaz Sharif and Ishaq Dar, when asked to comment on the new developments, refused to publicly acknowledge or deny that contact had been made for a meeting between the two leaders.

Sources further claim that Nisar, who is considered a close ally of former Punjab chief minister Shehbaz Sharif, is not on good terms with his good friend because of the public spat the former interior minister had with Nawaz Sharif.