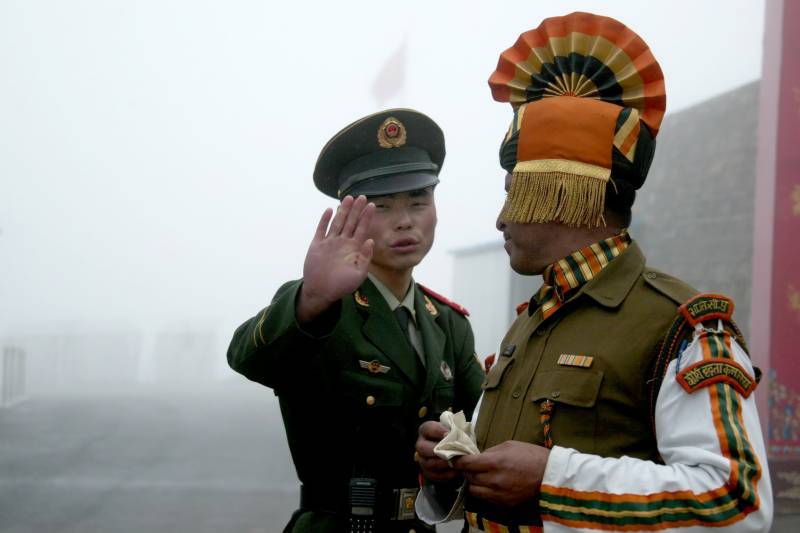 Relations have been at rock-bottom between the nuclear-armed Asian giants since a clash that left 20 Indian soldiers and at least four Chinese troops dead on their high-altitude frontier in June 2020.

The new incident on December 9, which followed recent joint US-India military exercises near the border, led to "minor injuries to (a) few personnel from both sides", one source said.

Another source, from the Indian army, said at least six Indian soldiers were hurt.

Chinese soldiers came close to the area near the Line of Actual Control -- the de facto border -- where it had been agreed that neither side would patrol, the sources said.

This move was "contested by... (Indian) troops in a firm and resolute manner", the first source said.

After the skirmish both sides "immediately disengaged from the area", the source added.

An Indian commander later held a meeting with a Chinese counterpart "to discuss the issue in accordance with structured mechanisms to restore peace and tranquility".

The incident took place in the Tawang Sector of the northeastern Indian state Arunachal Pradesh, all of which is claimed by China. Beijing refers to the area as South Tibet.

The first source said that there are "areas of differing perception, wherein both sides patrol the area up to their claim lines. This has been the trend since 2006."

Indian media reports quoted unnamed sources as saying that the incident involved around 300 members of China's People's Liberation Army, and that China suffered a greater number of injuries.

Since the deadly hand-to-hand battle in 2020, both sides have sent thousands of troops to bolster the border. Multiple rounds of talks have failed to substantially ease tensions.

The army source said there was another "face-off" between Indian and Chinese troops in the last week of November in the Demchok region of Ladakh, further to the north.

It was unclear if there were any injuries resulting from that incident, which was the first since September 2020.

The army source said that there has been increased activity in Ladakh by the Chinese military, as well as a "possible" airspace violation by the Chinese air force in the same area.

This follows joint military exercises which irked Beijing last month between India and the United States in the northern Indian state of Uttarakhand, which borders China.