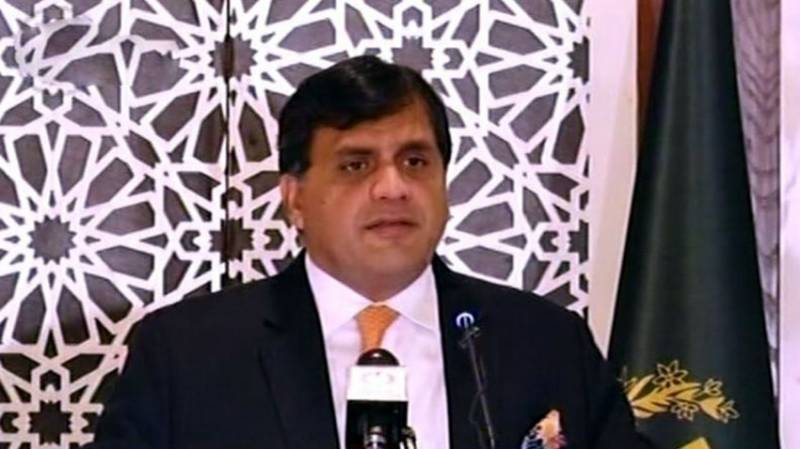 ISLAMABAD - Pakistan Foreign Office spokesperosn Dr Faisal when asked about the blacklisting of former Malir SSP Rao Anwar by the US, the spokesperson said Rao Anwar is under trial for the crime he has committed.

He, however expressed his surprise that the US treasury department failed to hold anyone responsible for the most egregious, extensively reported and independently verified human rights violations in Indian Occupied Kashmir.

Responding to a question, the spokesperson said Pakistan has welcomed the resumption of direct talks between the United States and the Afghan Taliban.

He said Pakistan has always held that there is no military solution to the conflict in Afghanistan. We hope the peace process is concluded soon and leads to an intra-afghan dialogue and reduction of violence in Afghanistan.

He said Pakistan will continue to support all peaceful efforts there. He however said it is important to remain watchful of the role of spoilers who do not want to see an end to the conflict in Afghanistan.

The spokesperson strongly denounced the assassination of Japanese physician and devoted aid worker Tetsu Nakamura in Afghanistan. He said Nakamura changed the lives of thousands of Afghan people and his work has been recognized internationally.

He said we share the grief and pain of the Afghan and Japanese people in this tragic incident. He said at this critical juncture, it can only be the work of spoilers who do not want to see a peaceful and stable Afghanistan.

When asked about Foreign Minister Shah Mahmood Qureshi's visit to Saudi Arabia, the spokesperson said it was a scheduled visit and focused on bilateral matters and regional developments.

He said Pakistan and Saudi Arabia have brotherly relations deep rooted in history and based on mutual trust and understanding.