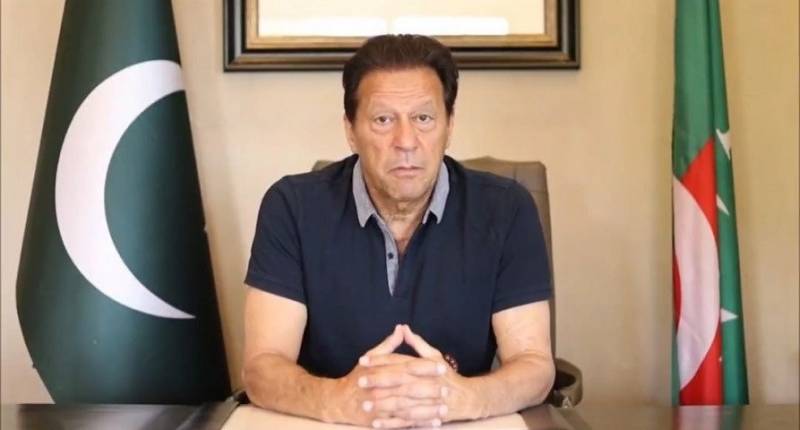 Former prime minister Imran Khan on Tuesday said that "no army or foreign country could safeguard democracy in Pakistan," prior to the Pakistan-Tehreek-e-Insaf’s (PTI) rally in Peshawar, which is to be held on Wednesday (tomorrow).

In a video message posted on PTI's official Twitter handle, ex-premier called for early elections, stating that only the people of Pakistan could safeguard their freedoms and the sanctity of democratic institutions.

Imran furthered that a "grand conspiracy" had been imposed on Pakistan, referring to the joint opposition’s no-confidence motion which had resulted in his ousting.

The former PM on Sunday had *vowed link begin the "freedom struggle against a foreign conspiracy" of regime change in Pakistan.