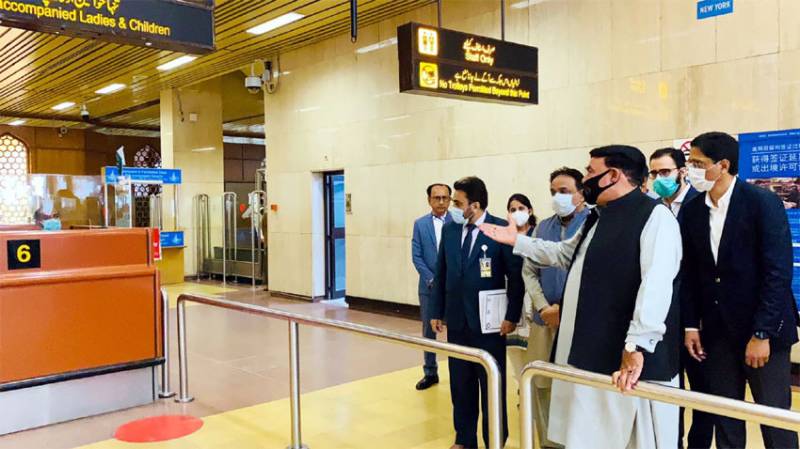 During the visit, the minister directed the immigration staff at Jinnah International Airport, Karachi to increase the immigration counters at the terminal to ease the load of passengers travelling overseas.

The immigration officials briefed the minister about the procedure.

The interior minister directed the additional director of FIA – Sindh to complete new counters within the next two months. He said that Overseas Pakistanis are our asset and their role in Pakistan’s economic development is the most prominent.

The government is taking concrete steps to promote tourism and trade under the prime minister’s vision and online visas will boost the tourism sector. It will also benefit the country’s economy, he added.

Minister for Interior Sheikh Rashid Ahmed announced that more NADRA and passport offices will be opened in Karachi, adding that the e-passport system will be launched by June this year.

It must be noted that a microchip with all biometric information of an individual would be embedded in each e-passport to help authenticate the identity of the traveller.

Now, 2 pictures of the passport holder will be displayed on the main page of the new e-passport. The launch of the e-passport service will also help the airport authorities to complete the travel procedure within the shortest span of time.