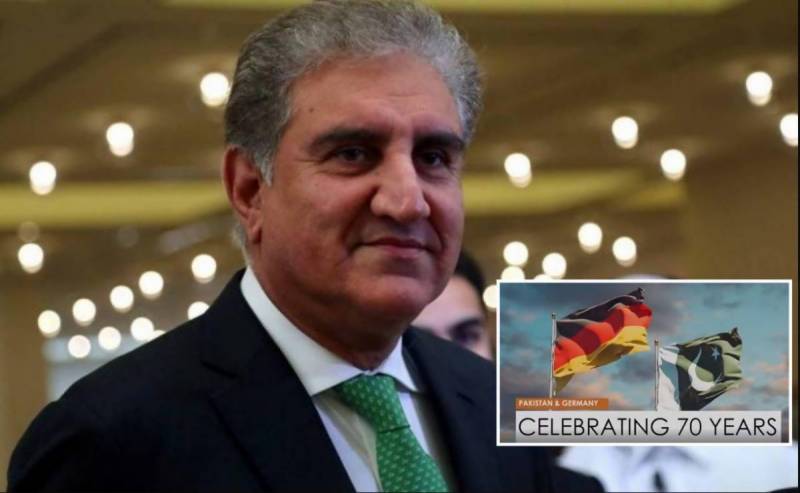 Taking it to Twitter, Qureshi, 64, wrote "Pleasure to be in Germany on the invitation of FM @HeikoMaas, as Pakistan and Germany celebrate 70 years of diplomatic relations. Lang leben die Pakistanisch-Deutschen Beziehungen".

He was received by the Pakistani Ambassador to Germany Dr. Muhammad Faisal along with other senior officials of the German foreign ministry. The minister will hold meetings with businessmen and community leaders.

Qureshi also mentioned that Pakistan wants to expand parliamentary relations with Germany and further activate the already existing friendship between the two sides.