Pakistan economy starts to move in the right direction
12 Apr, 2021 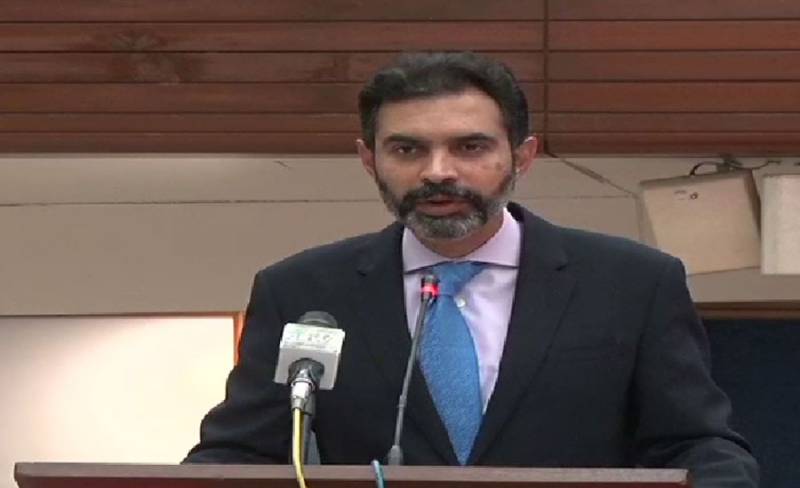 Reza Baqir attended the ceremony of Pakistan Stock Exchange (PSX). Addressing a gathering at PSX, the SBP governor said that the cooperation between the stock market and the bank is important. He said that the number of Roshan Digital Account (RDA) is increasing and money is coming from the country. "Other sectors, including housing and construction, are also being monitored," he added.

Dr Reza Baqir maintained that the remittances from the overseas have boosted by 26 per cent and could further enhance on the Eid. "Large scale manufacturing has increased by 9 per cent. Foreign exchange reserves also increased," he mentioned.

He said that they are negotiating on the terms of IMF. "The IMF is also acknowledging that Pakistan's GDP is growing." he added.

“Before the coronavirus pandemic Pakistan’s economic indicators were stable. Pakistan’s economy has been set on the right path. The prime minister has tweeted today about improvement in the economy of the country,” Reza Baqir said.

Speaking to the journalists, Reza Baqir said that overseas people can invest through Pakistani conversion account. Overseas Pakistanis are investing in Naya Pakistan funds. He said there was no need to provide a copy of the identity card to the banks for payment of bills and vouchers, a requirement that was lifted last month.

The SBP governor said that the employment scheme was also a unique scheme in the history of Pakistan which resulted in a capital circle of Rs250 billion.