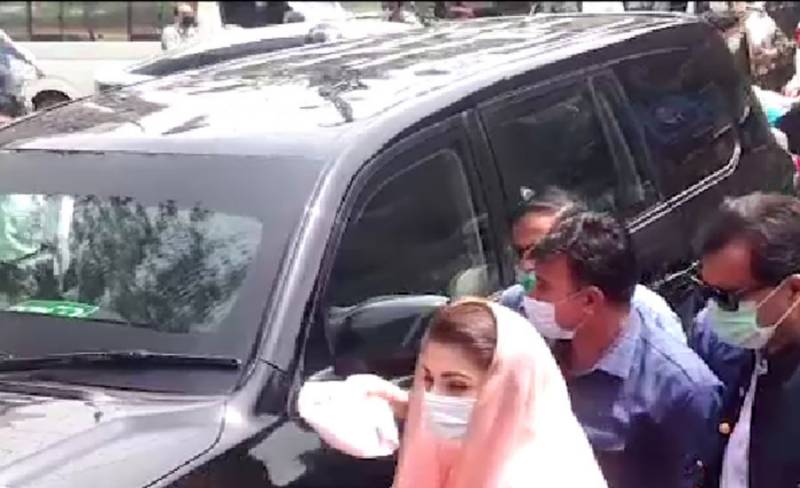 LAHORE – The Lahore High Court (LHC) on Monday wrapped up the interim bail petition filed by PML-N Vice President Maryam Nawaz and directed the NAB to inform Maryam Nawaz 10 days prior to issuing her arrest warrants.

A two-member bench heard a case pertaining to illegal transfer of 180 acres of land in Raiwind against the PML-N vice president. Maryam has also appeared in the hearing. She has adopted the stance that NAB wants to arrest her on the pressure of the government.

During the hearing, the NAB prosecutor informed that the arrest warrants for Maryam Nawaz has not been issued yet.

The court wrapped up the petition after ordering the anti-corruption watchdog to inform Maryam Nawaz 10 days prior to issuing arrest warrants. The court ruled that Maryam could move to the court for bail after getting a notice of the arrest warrants.

Earlier on March 24, the LHC had approved the interim bail of Pakistan Muslim League Nawaz (PML-N) vice president Maryam Nawaz till April 12 and sought a reply from the National Accountability Bureau (NAB).

A two-member bench of the Lahore High Court (LHC) comprising Justice Muhammad Sarfraz Dogar and Justice Asjad Javaid Ghural had heard the bail petition of Maryam in the Jati Umra land case. The court granted the interim bail to Maryam till April 12 and asked the petitioner to submit two surety bonds worth Rs1 million each.