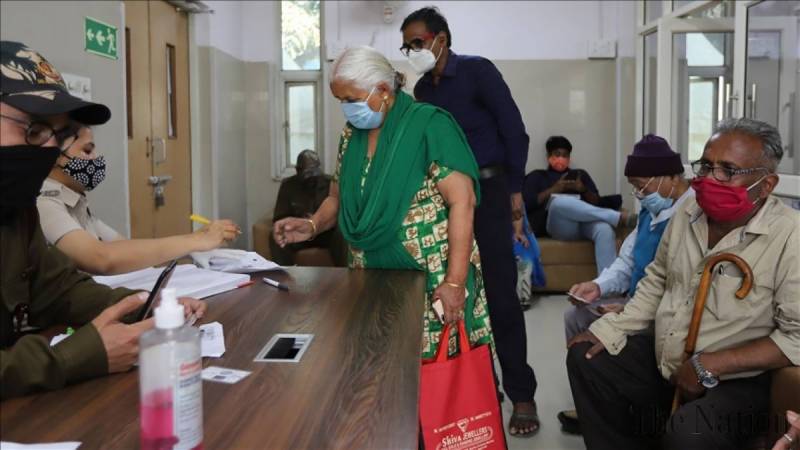 India confirmed a new record high of nearly 169,000 single-day cases Monday, surpassing Brazil to become the second most affected country globally again in terms of cases after the US.

India's total cases have reached 13.52 million, according to the country’s Health Ministry, while US-based John Hopkins University put the total number of cases in Brazil at 13.48 million.

On Monday morning, India’s Health Ministry said that 168,912 cases were recorded over the past 24 hours while the death toll stands at 170,179, including 904 new fatalities.

India also surpassed Brazil in September last year and became the second most affected country in the world by cases, but it slipped to third place after seeing a decline in cases until January this year.

There has been a record increase in cases in India over the past few weeks, with Maharashtra continuing to be the worst affected state.

The increase has come at a time when thousands of people have gathered in northern Uttarakhand state for the auspicious bathing day of Shahi Snan during the Kumbh Mela Hindu religious festival.

India also said late Sunday that it has banned exports of its anti-viral drug Remdesivir.

“The government of India has prohibited exports of Injection Remdesivir and Remdesivir Active Pharmaceutical Ingredients (API) till the situation improves,” said the Health Ministry.

Many more cities and towns are also announcing night curfews and weekend lockdowns.

The country launched its vaccination drive on Jan. 16 this year. According to official statistics, over 100 million vaccine doses have been administered so far.