China and Iran open a new chapter in defence and military partnership
11 Sep, 2019 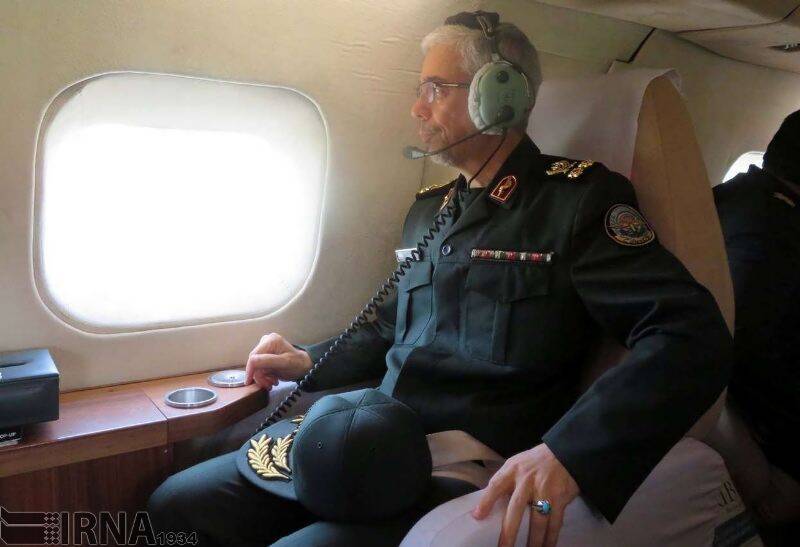 Beijing, Sept 10, IRNA - General Chief of Staff of the Iranian Armed Forces is visiting China to discuss regional and bilateral defense cooperation between the two countries at a time when the two Asian nations are consolidating their ties, opening a new chapter in Tehran-Beijing relations.

General Chief of Staff of the Iranian Armed Forces Major General Mohammad Hossein Baqeri is set to meet senior Chinese defense authorities in a bid to discuss regional and international developments as well as bilateral relations.

Iran and China have long been keen on developing their ties logically and legitimately, defying the US unilateral and cruel sanctions against Iran that have failed to prevent expanding ties between Tehran and Beijing.

One of the crucial stepping stones in Iran-China defense cooperation is an agreement to boost defense-military cooperation and fight terrorism that the two sides signed in 2016.

Following the signing of the agreement in Tehran, then Chinese Defense Minister General Chang Wanquan said that Iran has an important position in the region in political, economic, security, military and cultural fields.

He added that the two countries have common interests in many regional and global issues which have prepared the ground for the expansion of defense-military cooperation.

What's on the agenda of Major General Baqeri's visit to China is creation of a joint military commission between Tehran and Beijing.

Iranian and Chinese authorities believe that their bilateral defense cooperation will boost lasting peace and security in the region.

Major General Baqeri's visit sends a clear message to the world that Iranian-Chinese relations are deeply developed and that they are comprehensive based on mutual trust and understanding each other's national interests.

The Iranian defense minister is also set to meet and hold talks with senior strategic Chinese officials and visit industrial and scientific centers as well as deliver a speech at the PLA National Defense University.

China is also expected to take part at a major military exercise between Iran and Russia in the Indian Ocean that is set to take place in the near future.

What's clear is that Major General Baqeri's visit to China will open a new chapter in Tehran-Beijing defense cooperation.