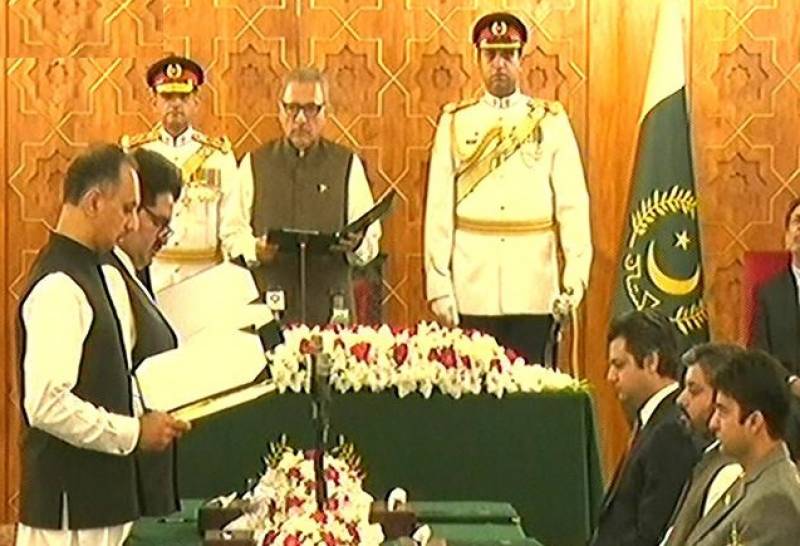 ISLAMABAD: Federal Cabinet has been expanded with the inclusion of six more members.

Three Federal Ministers and three Ministers of State took oath of their office at a ceremony held at Aiwan-e-Sadr in Islamabad on Tuesday morning.

President Dr. Arif Alvi administered oath to the new members of the cabinet.

Those who took oath as Minister of State are Muhammad Shabir Ali, Murad Saeed and Muhammad Hammad Azhar.

Portfolios of the Ministers would be announced later.

Later talking to our correspondent Zahid Hameed, Minister for Energy Omar Ayub said that several measures are being considered to bring overall improvement in the power sector.

He said that the power transmission system will be upgraded.