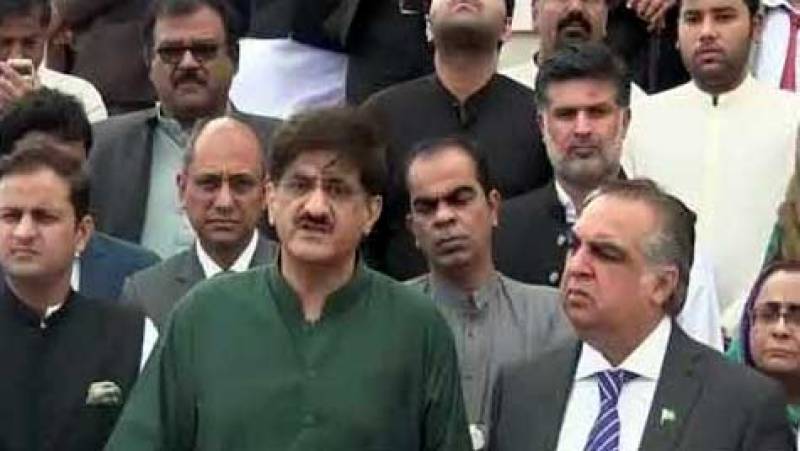 Later, talking to media Governor Sindh Imran Ismail said that the philosophy of Quaid-e-Azam is the beacon for the nation.

He said that all federal government projects in the province will be completed with the cooperation of Sindh government.

Sindh Chief Minister Syed Murad Ali Shah on the occasion said that society will be peaceful by following the theory of Quaid-e-Azam.

Several public and private organizations and educational institutions are holding ceremonies to highlight different aspects of the life of Quaid-e-Azam.

The Nazaria-i-Pakistan Trust is holding a special sitting to pay tribute to the founder of Pakistan Muhammad with collaboration of Pakistan Movement Workers Trust in Lahore.