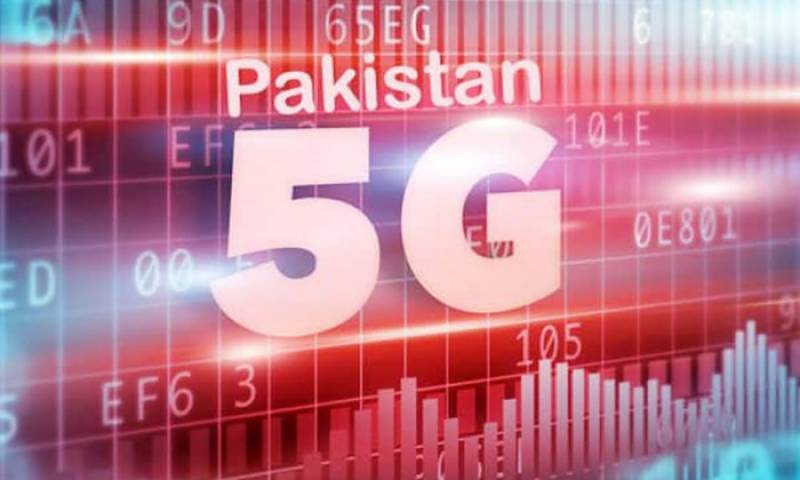 *ISLAMABAD - Pakistan to become among the top nations in Asia to introduce the 5G service.*

The country has already been successfully experiencing 3G and 4G mobile broadband technology and the number of users are increasing with each passing day.

“We need to introduce more innovative services in the mobile broadband arena not only to facilitate consumers but also to attract precious foreign investment and meet modern requirements,” he said in an exclusive talk with APP after planting a sapling here at National Telecommunication Corporation (NTC) Headquarters.

Dr Khalid Maqbool kicked off Plant for Pakistan campaign at NTC under which 5,000 plants will be planted at its different sites throughout the country.

Managing Director NTC Brig (r) Viqar Rashid Khan and other senior officers of NTC were also present on the occasion.

Replying to a question, the Minister said, “The world is changing very swiftly and to compete with other nations we need to adopt new technologies.”

Expressed the hope of keeping in view the importance of IT sector in Pakistan, he said foreign companies would approach themselves to launch the modern 5G service.

Foreign companies are also interested to invest in Pakistan which is a huge market for foreign investors and the 5th largest free-lancing country in the globe.

When asked about priorities of the new government, he said, “We will take with all good initiatives taken by previous regimes while shortcomings would also be addressed. Our basic objective is to produce results which should be beneficial both for players and consumers.”

“We will start new projects that were supposed to be initiated by the previous governments,” he said, regretting that the country can attract more investments in case IT sector has been effectively focused.

Replying to another question, the Minister said, we will talk to concerned authorities to rationalize the tax on Telco’s and telecommunication companies.

Dr Khalid said smartphones and internet is the need of the hour through which people can resolve many problems they face in their daily routines.

He said, Information Technology is the main tool to bring change in the country and we are responsible to use this tool effectively.