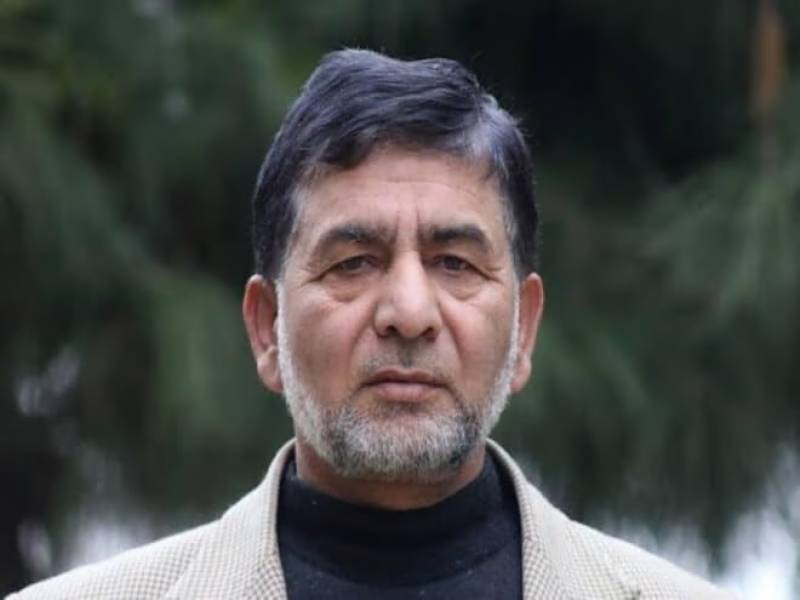 Incarcerated Kashmiri leader Altaf Shah breathed his last at the All India Institute of Medical Sciences on Tuesday. He is survived by his wife, a son and two daughters.

Altaf Shah’s daughter confirmed the news with a tweet in which she said, “Abu (father) breathed his last at AIIMS, New Delhi. As a prisoner.”

Shah was the son-in-law of late Hurriyat chairman Syed Ali Shah Geelani and was imprisoned by the Indian authorities in 2018, along with several other leaders, in an alleged terror funding case.

Last month, Ruwa, who is a journalist, shared that her father was diagnosed with “acute renal cancer which has metastasis and has spread to his other body parts, including his bones”.

The Kashmiri journalist had appealed to the Indian authorities to allow her family to visit Altaf and grant him bail on health grounds.

Prime Minister Shehbaz Sharif condoled with the family and said that “custodial killings are a norm in Modi's India”.