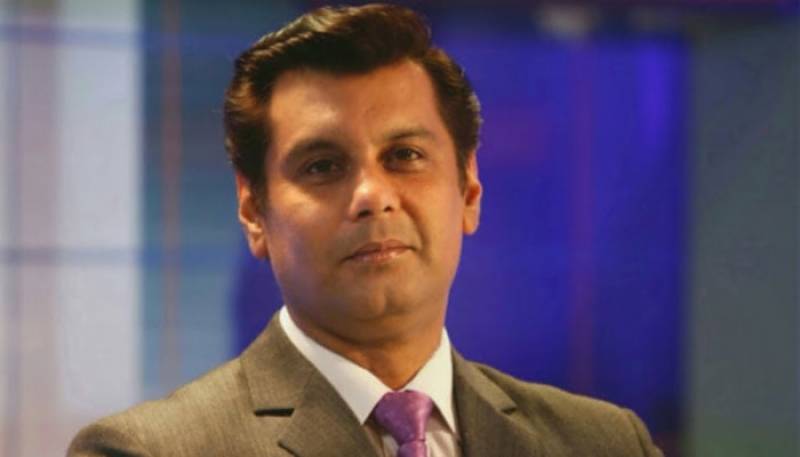 NAIROBI: Journalist Arshad Sharif died 30 minutes after the vehicle that had been reported missing by a man identified as Douglas Wainaina Kamau was found, as Geo and The News can reveal now.

Speaking to Geo News, Douglas Wainaina Kamau narrated that he was the owner of a Mercedes Benz Sprinter 311 with the registration number (KDJ 700F) and that he had reported it missing at a police station known as Pangani on Oct 23, 2022. Douglas deals in the business of floriculture.

He said that he had left his son Duncan inside the vehicle on Sunday, March 23, 2022, and left to run some errands but found his vehicle missing when he returned to where he had parked it.

“I went to buy a few items in the nearby shops, and when I came back, I could not locate my car, where I had left it with my son. I called him several times, but my calls went unanswered, and I became suspicious that something could have gone wrong,” he said.

It was after he had gotten tired of waiting for his 27-year-old son Duncan that Wainaina went and recorded a statement at a police station called Pangani, which is based in Kenya’s capital, Nairobi County.

Geo News can authoritatively report that police officers released the number of the report as Occurrence Book number 70 on Oct 23, 2022. Douglas asked that he meet the top cop at the station, which he did, and was later referred to the office of police investigations.

Once he shared his problem with the investigating officers, they told him that they would head with him to where the vehicle had been located. All this time, journalist Arshad Sharif was seated and mingling with several American instructors and his friend Khurram Ahmad at the shooting club known as AmmoDump Kwenia.

As the team left for the Pangani police station, Khurram Ahmad and the slain journalist were also on their way to the Nairobi County, approaching Magadi Road in a Toyota Land Cruiser with the registration number (KDG 200M).

On the way, they approached an area allegedly blocked by stones, and the blockade was being manned by officers under the General Service Unit’s (GSU) command. GSU is a paramilitary wing of the Kenya Police. Kenya Police Service comprises highly trained officers specialising in counter-terrorism and firearms use.

A statement by the police made at the Magadi Police Station stated that they were asked to stop, but instead Khurram Ahmad went on driving after crossing the road blockade, which led to a serious shootout that killed Arshad Sharif.

Ahmed and the deceased were driving along the Kwenia-Kamukuru rough road, and before they reached the Kiserian-Magadi Road, they found the road blocked using small stones, and they decided to pass them,” the police report filed in Kenya on the shooting read.

“At that point, they heard gunshots fired from the front and rear of their vehicle. They did not stop and continued with the journey.”

Khurram called his brother Waqar Ahmed, who resides in Tinga, and informed him about the incident, and he advised them to pass by his place on arrival at the main gate, he found his brother had died of a gunshot wound in the head,” the report added.

One hour after the murder incident had been reported, Douglas, his son Duncan, and the officers arrived at the Pangani Police Station.

His son was booked on OB number 90/23/10/2022, and the father was listed as the complainant. The father left the station, and the following morning he went back to the station, where an officer asked him to record a statement over the theft of the vehicle.

He pleaded with them to let the son go free because he did not want to go ahead with the case, but he was informed that a shooting had occurred in relation to the report he had made at the station.

The police then prepared a charge sheet and produced Duncan to Makadara Law Court on Wednesday, Oct 24. However, the father said that he was not interested in proceeding with the case and that they would solve it out of court. This was granted, and the son was set free. Duncan was rearrested and taken back to court the following day, as police requested that they hold him for more days as they conducted investigations into the death of Arshad Sharif, but the judge refused. The judge further ordered that the vehicle be released to the owner, but Geo News has established that Douglas has never been given the car since then. Through his lawyer, Douglas told Geo News that the main reason he penned a written statement was to inform people that he was not in any way involved in the shooting that led to the death of Arshad Sharif.