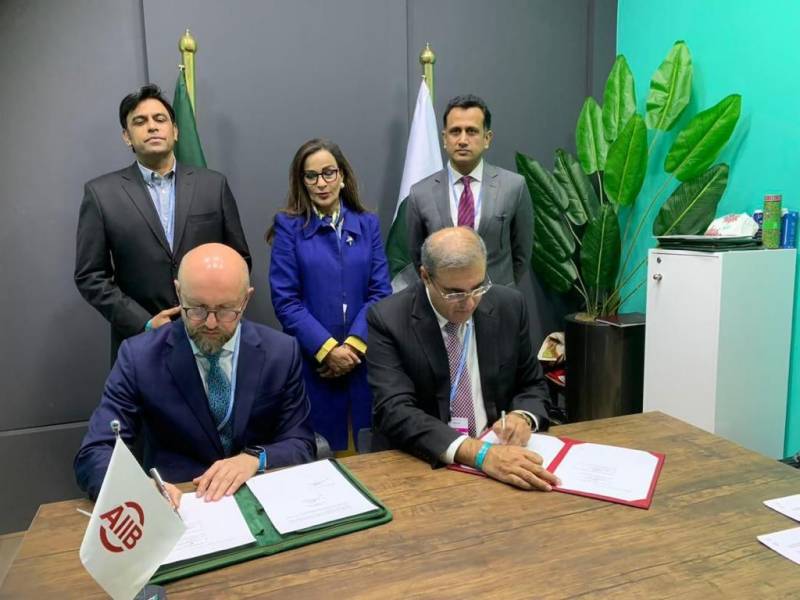 KARACHI – Pakistan and the Asian Infrastructure Investment Bank (AIIB) have signed an agreement for $500 million loan that will provide a breathing room to under-pressure economy of the South Asian country.

The AIIB is providing the loan under the Building Resilience with Active Countercyclical Expenditures (BRACE) programme, which is an Asian Development Bank (ADB) financing initiative to enhance the resilience of poor and vulnerable groups to socio-economic shocks.

“The agreement was signed from the AIIB side by Konstantin Likitovskiy, Vice President Investment Operations, and Awais Manzoor Sumra, special secretary finances from the Pakistani side,” the finance ministry said in a statement on Twitter.

It added, “signing took place during COP27 meetings in Sharm El-Sheikh in Egypt and was witnessed by Minister for Climate Change.”

Earlier this week, Finance Minister Ishaq Dar revealed that the AIIB board had approved the $500 million loan program for Pakistan.

“These Funds will be received by State Bank of Pakistan within November 2022,” he announced.