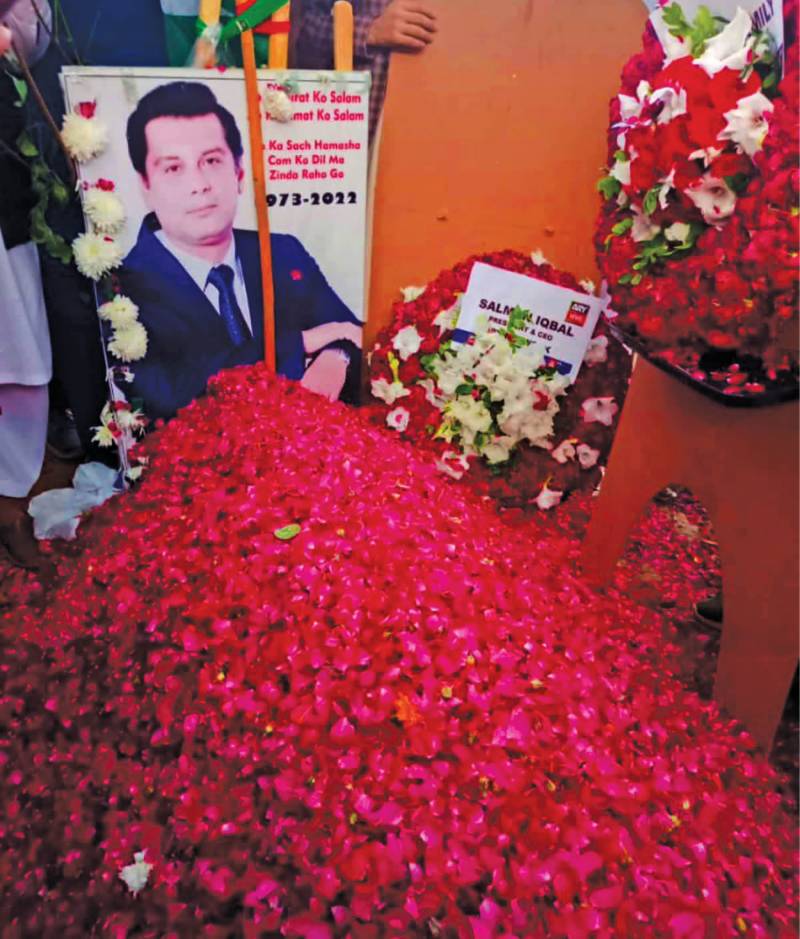 Over 150 media persons have been killed in Pakistan since the year 2000 out of which 53 lost their lives from 2012 to 2022, but the irony is that perpetrators were punished in two cases only. link

The Pakistan Press Freedom Report has revealed that 96 per cent of such cases in the last decade await justice. The criminal justice system has hopelessly failed to deliver on two accounts: either the FIR was not registered or the police investigation was filled with lacunas, providing a safe exit to criminals.

The second day of November has been observed as the International Day to End Impunity for Crimes against Journalists (EICJ) for nearly a decade now. However, this year, the tragic death of renowned journalist Arshad Sharif has drawn more attention to it and the journalists’ fraternity is reiterating the need for legislation of law for the protection of journalists.

Media practitioners in Pakistan are increasingly being threatened, harassed, intimidated, detained, physically attacked or even gunned down when they report on power abuse, corruption, human rights violations, criminal activities, terrorism, and fundamentalism. Advertisement

The violations and crimes have been thoroughly documented in the reports published by the media, non-governmental organisations, and human rights defenders. Sami Abraham, a senior journalist, has said that Pakistan has continuously oscillated between political and elite’s control to gag media. He said the media is hostage to certain interest groups and working under a hostile environment with some declared and undeclared restrictions.

He said that the PEMRA (Pakistan Electronic Media Regulatory Authority) instead of being a regulator is acting as a stooge of unknown powers.

Talking about increasing threats to journalists and forcing them to silence, he said “As far as the protection for journalists is concerned, if state actors are involved in torture and harassment, how can one ensure the safety of journalists”. He has a clear stance that ending impunity for crimes against journalists is a prerequisite for ensuring freedom of expression.

Another senior journalist Masoom Rizvi said the incidents of violence against journalists take place all over the world, but the rate in Pakistan is alarmingly high. “Loopholes in laws and institutional preferences are factors contributing to the problem”.

He is of the view that the division amongst the journalists’ fraternity has led to a situation where it has lost its say, and the ones who raise voices for the rights of others, eventually lose their own and this is the reason why journalists have to leave the country feeling unsafe in their homeland. Advertisement

Sharing a solution, he said an improvement would only be possible if all the stakeholders join hands to fill the loopholes in the law.

Pakistan is ranked one of the world’s deadliest countries for journalists with three to four murders each year often linked to cases of corruption or illegal trafficking. The country has a history of media suppression and violence against journalists and has consistently been ranked, for the past many years, as one of the most dangerous countries to practice journalism by international media watchdogs. Notwithstanding the continuous alarms by international media watchdogs, threats to journalists’ lives and the incidents of violence against them have not been debated. According to the Annual Pakistan Press Freedom Report 2022, at least 86 cases of attacks and violations against media practitioners took place in Pakistan between May 2021 and April 2022.