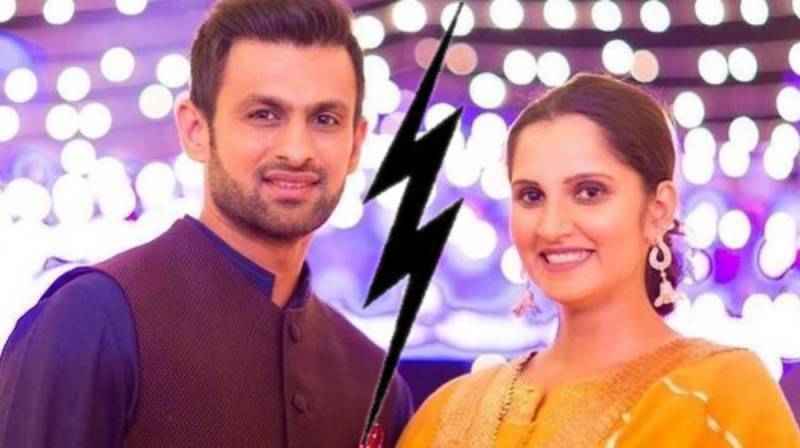 Pakistan’s former captain Shoaib Malik and Indian tennis star Sania Mirza are in the headlines nowadays for their divorce rumours.

Reportedly, one of the most loved couples in South Asia has parted ways after 12 years of marriage.

Indian media has also confirmed that the divorce between the sports power couple has already taken place.

According to the new reports, the couple will make an official announcement of their divorce after the resolution of legal complications.

Both Shoaib and Sania are silent regarding their divorce rumours till now and the reports said that the couple is not addressing the rumours due to contracts signed with different shows and legal complications as Shoaib and Sania have several contracts to complete.

According to the sources, their relationship has been strained several times before and both of them have decided to co-parent their son Izhaan Mirza-Malik.

Recently, Sania shared a post on social media adding up more fuel to her divorce speculations. The post she shared read: “Where do broken hearts go. To find Allah.”

Another interesting detail that has come to the fore is that Sania reportedly moved to a new house in Dubai, quite recently. Earlier, she was living in a villa in Dubai's Palm Jumeirah with Shoaib Malik.

Shoaib and Sania got married in 2010 in a highly controversial landscape with another woman accusing Shoaib of marrying her first.

There were also rumours of their separation in 2012 but they also proved false at that time.