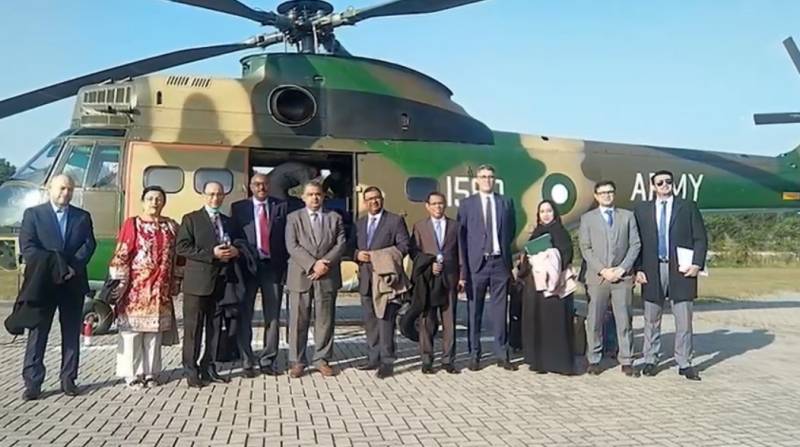 They were accompanied by a high level delegation including five senior diplomats from brotherly Muslim countries including Saudi Arabia, Morocco, Sudan and Maldives.

The delegation was briefed on latest security situation along LOC and situation before and after the understanding reached between the Director Generals of Military Operations of Pakistan and India.

The delegation was briefed on humanitarian crisis in Indian Illegally Occupied Jammu and Kashmir and Indian atrocities.

Later, the delegation reached Muzaffarabad where they met President AJK followed by briefing and formal exchange of views on latest situation.