US Congress authorises $700 million CSF to reimburse Pakistan, but with conditions
11 Nov, 2017 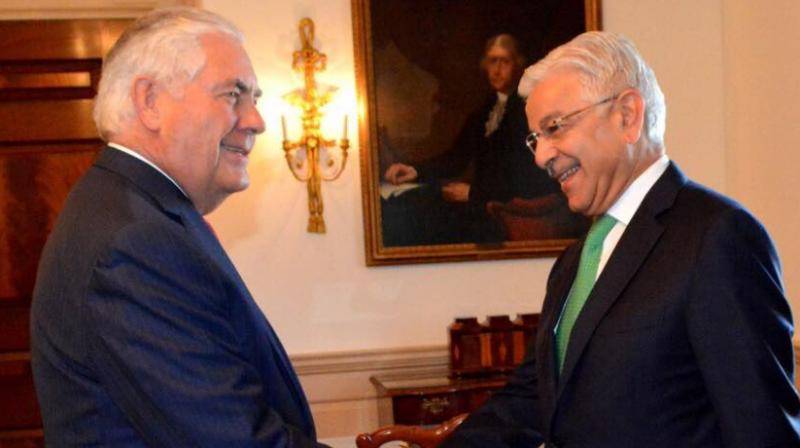 WASHINGTON – The Ame­rican Congress has authorised payment of up to $700 million in Coalition Support Fund (CSF) to reimburse Pakistan against supporting US operations in Afghanistan with a few conditions.

The authorisation, coming at a time when the nuclear-armed allies are having sour relations, is part of the House and Senate versions of the 2018 National Defence Authorisation Act (NDAA-2018), which was released on Thursday.

The reconciled version of the act makes $350m of $700m available to Pakistan under the CSF provided the secretary of defence James Mattis confirms Pakistan’s action against the Haqqani network.

The NDAA urged the defence department to keep an eye on Washington’s security assistance to Pakistan ensuring that the country did not use it to support militant groups.

According to the act, US administration would release the restricted amount of $350m if the secretary of defence certifies to the congressional committees that Pakistan continued to conduct military operations that were contributing to disrupting safe havens, fundraising and recruiting efforts, and freedom of movement of the Haqqani network and Lashkar-e-Taiba in Pakistan.

Mattis will also have to certify that Pakistan took steps to demonstrate its commitment to prevent the Haqqani network and LeT from using Pakistani soil as a safe haven and for fundraising or recruiting efforts.

Moreover, the certification would include a declaration that Pakistan was attempting to coordinate with Afghanistan to restrict the movement of militants along the border, and Pakistan had shown progress in arresting and prosecuting senior leaders and mid-level operatives of the Haqqani network and LeT.

Although the authorisation apparently seems to calm down the tension between Islamabad and Washington but chances are bleak that Pakistan would be getting the amount, a testimony of which is refusal of such a certification in the last two years by US defence secretaries Ashton Carter and James Mattis .

Besides reimbursing Pakistan, the act also expresses concern about the alleged persecution of various political or religious groups in Pakistan, including Christians, Hindus, Ahmadis, Baloch, Sindhi and Hazara.

The bill urges the secretary of defence to ensure that the assistance provided by Trump administration would not be used to persecute minority groups.