Trump-Modi will be best friends: Advisor to Donald Trump
11 Nov, 2016 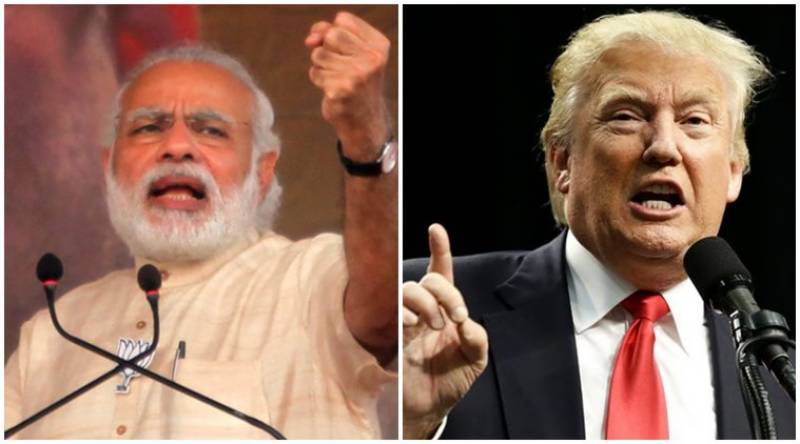 WASHINGTON: Donald Trump rise to power in USA has opened the pendora box of speculations across the world with the respective national lobbies trying to make space in the new Trump setup of administration in USA.

Indian lobby in USA has also been activated against Pakistan in USA.

The US president-elect will be ‘best friends’ with Indian Prime Minister Narendra Modi, an adviser to Donald Trump said during a telephone interview.

Calling Pakistan a perpetrator of terrorism, Shalabh Kumar – an Indian émigré businessman is Trump’s point person for outreach to Indian-American voters – expects a full expression of support from Trump for surgical strikes that Modi ordered.

He spoke to Reuters on the evening of Trump’s election as the 45th US president and said, “We are obviously very confident as to what the mood of the country is, as well as the intelligence of our electorate.