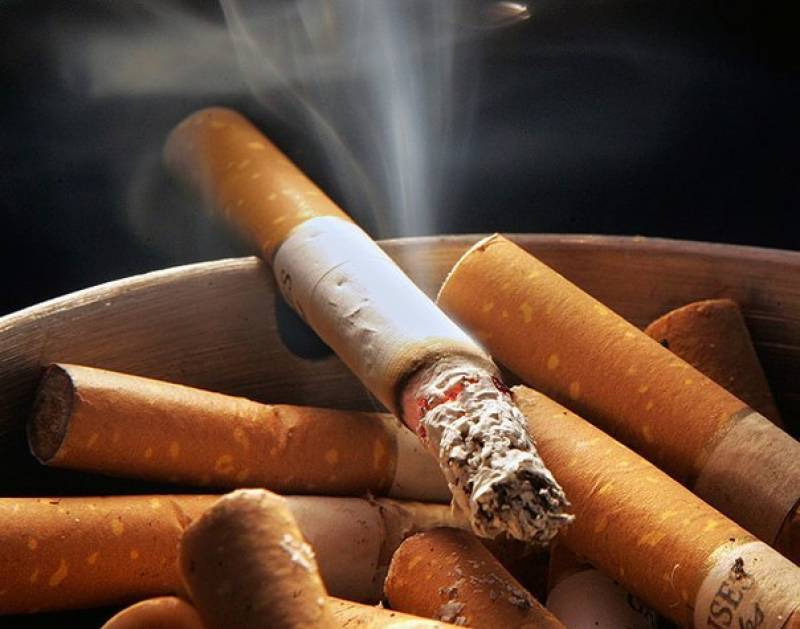 MIAMI (APP): Tobacco use remains the most preventable cause of cancer, and 40 percent of diagnosed US cancer cases may have a link to its use, health authorities said Thursday.

How many people are dying in Pakistan daily due Tobacco use?

Lung cancer, acute myeloid leukemia, and tumors of the mouth and throat, voice box, esophagus, stomach, kidney, pancreas, liver, bladder, cervix, colon and rectum are all caused by tobacco use, according the report by the US Centers for Disease Control and Prevention.

"There are more than 36 million smokers in the US," said CDC director Tom Frieden in a statement.

"Sadly, nearly half could die prematurely from tobacco-related illnesses, including six million from cancer, unless we implement the programs that will help smokers quit."

The CDC Vital Signs report found that every year from 2009 to 2013, about 660,000 people in the United States were diagnosed with a cancer related to tobacco use.

Tobacco Use in Pakistan : Startling Figures

About 343,000 people died each year from these cancers.

"Three in ten cancer deaths were due to cigarette smoking," said the report.

Lung cancer is the top cause of tobacco related smoking, followed by colon cancer and pancreatic cancer.

This is the lowest point for cigarette smoking since data began to be collected in 1965. Since 1990, about 1.3 million tobacco-related cancer deaths have been avoided, the CDC added.