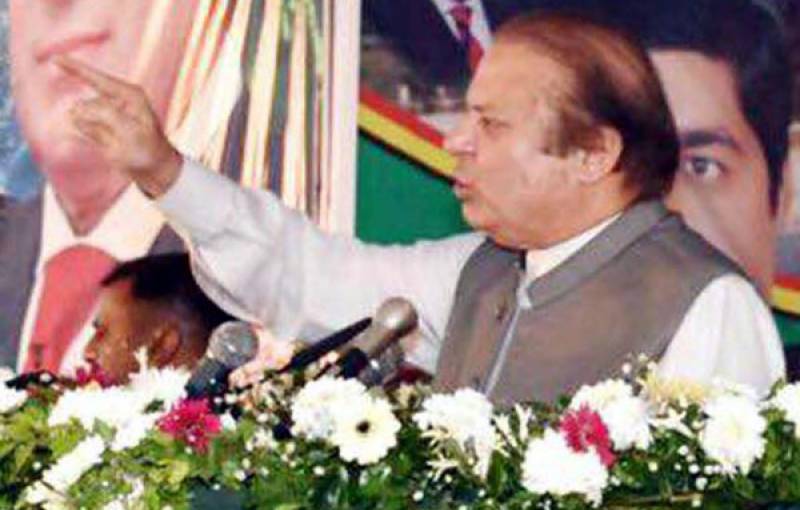 SANGLA HILL: (APP) Expressing his determination to pursue the PML-N's agenda of development, Prime Minister Muhammad Nawaz Sharif on Friday said those creating hurdles in the way of development agenda, would miserably fail.

"This is the agenda of Pakistan's development. Some people are trying to stop this. But it will not stop, as the people of Pakistan are with Nawaz Sharif, and we will continue to pursue the agenda of development," the Prime Minister said while addressing a huge public gathering here after inaugurating Sangla Hill interchange at Faisalabad-Pindi Bhatian Motorway.

The 3.7 kms interchange, constructed at a cost of Rs. 299.2 million, would provide the residents of the area an easy access to Lahore, Islamabad, Sargodha, Chiniot, Chak Jhumra, Faisalabad and Jhang.

Nawaz Sharif referred to various development projects initiated or completed during the last over three years including the construction of roads and motorways as well as energy projects and said "Those who are creating hurdles do not want to see end of loadshedding and cheaper electricity, but their agenda will fail, and our's agenda will succeed."