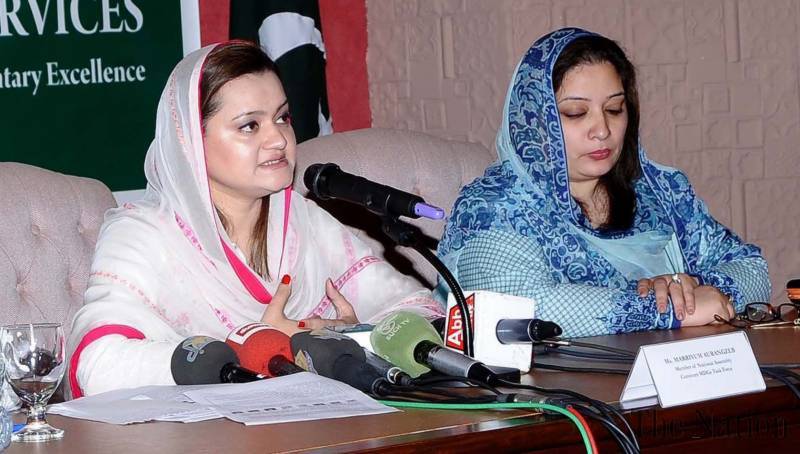 ISLAMABAD (APP): Minister of State for Information, Broadcasting and National Heritage Marriyum Aurangzeb said on Thursday the draft of journalists' safety and security bill would soon be finalised.

Pakistan is one of the most dangerous countries for Journalists: CPJ Report

Talking to media-persons at a dinner here, she said the bill was being formulated in comparison with the laws of three to four countries and international organizations of journalists.

She said the draft would be shared with media houses and before presenting it to the Parliament their suggestions, amendments and advice would be reviewed and incorporated in it.

The minister said the government would fulfill its duties for the safety and security of media-persons, adding the safety bill was meant for the protection of both electronic and print media journalists.

Bill for protection of Journalists in pipeline

She said as a minister, it was her top priority to ensure flow of information. She said it had also been decided to arrange training sessions of journalists.

We are trying to hire services of some foreign trainers in collaboration with British Council and National University of Modern Languages (NUML) for arranging training sessions for journalists, she added.

Marriyum Aurangzeb said the summary for appointment of ITNE chairman had been moved and would be approved soon. She said her ministry would also work for activation of press clubs in all parts of the country for highlighting government's steps on all important matters, including China-Pakistan Economic Corridor (CPEC).