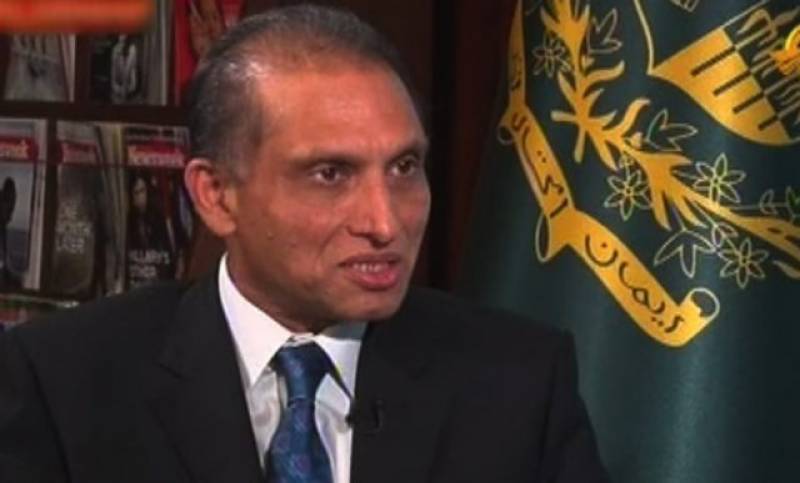 ISLAMABAD: (APP) Foreign Secretary Aizaz Ahmad Chaudhry Friday briefed the Heads of Missions of the Permanent Members of the UN Security Council on the continued unprovoked firing and ceasefire violations by the Indian occupation forces on the LoC and the Working Boundary, especially in the past two months.

He expressed grave concern over the increased frequency and duration of indiscriminate firing/shelling from Indian side, deliberately targeting villages and civilian populated areas, resulting in Shahadat of 26 civilians and injuries to 107, including women and children, in complete disregard of 2003 Ceasefire Understanding and of International Law.

The Foreign Secretary deplored the use of artillery in Shahkot and Jura sectors on the LoC, on 09 November, 2016. He stated that the use of such heavy weaponry was resorted to by the Indian side after a gap of 13 years.

Pakistan has been compelled to respond but with maximum restraint, he said and added the Armed Forces of Pakistan gave a befitting response. He expressed apprehension that Indian actions, which constituted a threat for the maintenance of peace and security, may lead to a strategic miscalculation.

While emphasizing the important role of the United Nations Military Observers Group (UNMOGIP) which has the mandate for maintaining peace and tranquility at the LoC and the Working Boundary, the Foreign Secretary noted that Pakistan is fully cooperating and providing unfettered access to UNMOGIP. However, India is not cooperative and limits their access.

During the briefing, the representative of the Military Operations Directorate made a detailed presentation on the existing situation at the LoC and the Working Boundary.

In response, the Heads of Missions assured that they would convey Pakistan's concern to their respective capitals. They underscored the need for restraint, observance of ceasefire and dialogue to resolve issues.