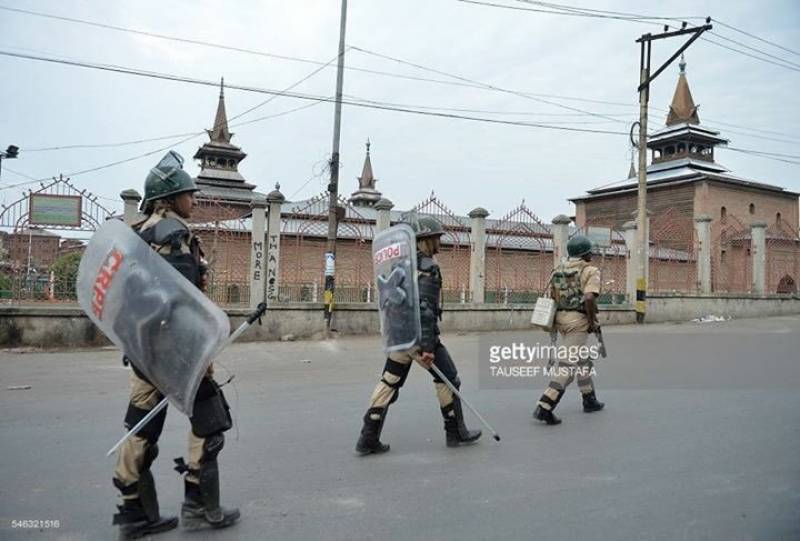 According to Kashmir Media Service (KMS), all roads leading to Jamia Masjid in Nowhatta Srinagar were closed with barbed wire to prevent people from conducting a march towards the grand mosque.

Call for the march had been given by the joint resistance leadership comprising Syed Ali Gilani, Mirwaiz Umar Farooq and Muhammad Yasin Malik to observe Youm-e-Istiqlal, today.

Local people told media that heavy deployment of Indian police and troops remained alert to thwart any attempt of people to reach the religious place.

Occupied Kashmir is witnessing intense protests since July 9, a day after the killing of mujahid commander, Burhan Wani.

During this period, over 110 civilians have been killed so far due to the use of brute force by Indian police and troops on peaceful protesters in the Kashmir Valley.