Asif Ali Zardari sets two conditions before the next general elections
11 May, 2022 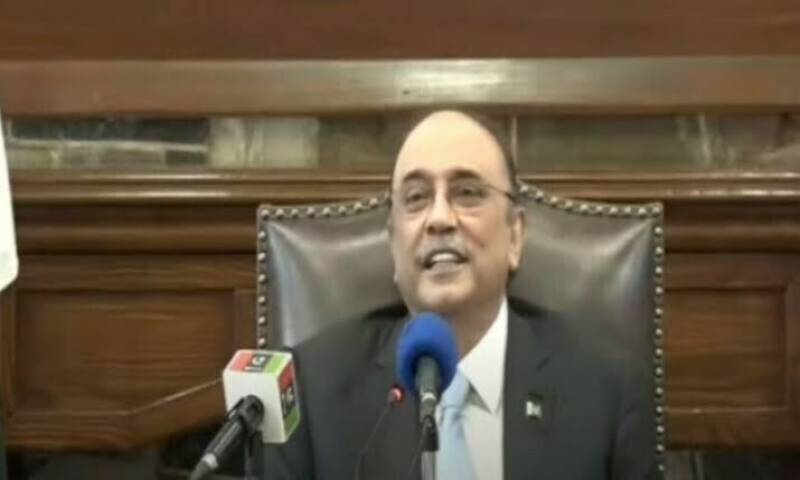 *Karachi: PPP co-chairman Asif Ali Zardari has said that electoral and NAB reforms are their utmost priority and they can not move towards elections without addressing them. *

The former President held a press conference in Karachi today and said that they removed the PTI government by democratic means only. He claimed that they do not fear new elections but have to address the issue of NAB and electoral reforms beforehand.

Asif Ali Zardari added that he spoke to Shehbaz Shareef before he left for London on Tuesday and they have a good understanding as of now. The person who could not perform in four years is demanding new elections, we will see what he achieves in the next elections, he added.

The former President said that the Shareef family has good relations with Saudi Arabia and that the PPP does not recommend increasing the fuel prices. The price of all daily usage commodities including chicken and eggs increases with the rise in fuel prices, he said.

Imran Khan used to say that he had not become the Prime Minister to keep a check on the rates of vegetables but Asif Zardari cares about these things, the PPP co-chairman said. The PPP cares about the common man’s needs, he added.