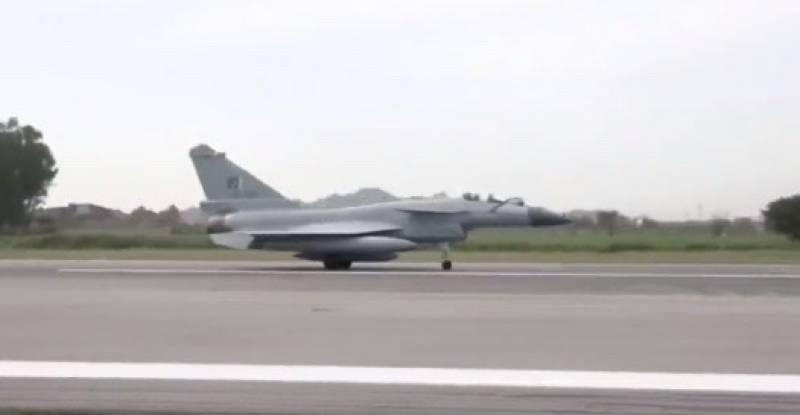 Prime Minister Imran Khan attended the ceremony, which was held at Minhas Airbase Kamra, in the Attock district of Punjab, as the chief guest.

Upon arrival, the premier was received by Chief of Air Staff Air March Zaheeruddin Baber and hew was also accorded Guard of Honour by a contingent of PAF.

During the ceremony, the newly-inducted figher jets also displayed maneuvers.

The Chinese made aircraft is a modern signal-engine delta wings fight jet. It is equipped with missiles that can hit targets up to 200-km, according to reports.

Earlier this month, Pakistan received the first batch comprising six fighter jets as the South Asian country has purchased a total of 25 J-10Cs from the all-weather friend China.

The J-10C will participate in the Pakistan Day parade on March 23.