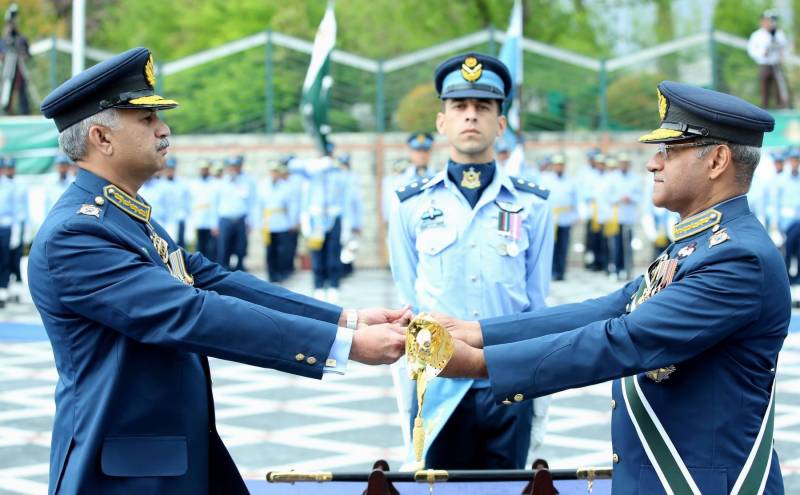 ISLAMABAD – The change of command of Pakistan Air Force will take place on March 18 as the incumbent Air Chief Marshal Mujahid Anwar Khan will retire after the completion of three years of tenure.

Defence Ministry has moved a summary for the appointment of the new Air Chief to Prime Minister Imran Khan. Air Chief Mujahid Anwar Khan will hand over command of the Pakistan Air Force (PAF) to his successor at the change of command ceremony to be held at the Air Headquarters.

On the other hand, Chief of Air Staff, Air Chief Marshal Mujahid Anwar Khan has started farewell meetings ahead of his retirement. On Wednesday, the Chief of Air Staff paid a farewell called on Minister Asad Umar. The Planning Commission deputy chairman and secretary were also present during the meeting.