Muslims have been oppressed and threatened for last 70 years in India: Top Indian Muslim leader
11 Mar, 2018 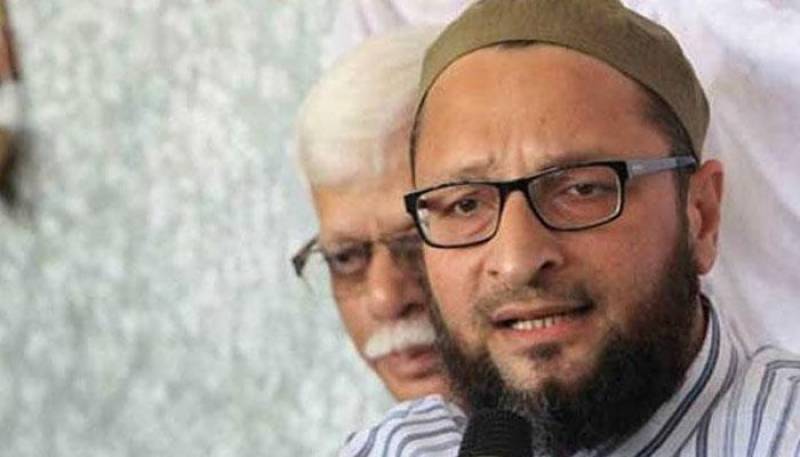 NEW DELHI - All India Muslim leader Asaduddin Awaisi has lashed out at the extremist Hindu leaders for making lives of Muslims miserable in India.

He said that Muslims have never tried to sell India but have been oppressed and threatened for the past 70 years.

“We have been threatened for the past 70 years. But now we are not willing to get frightened. The most you can do is kill us, then do it. But if we live, we will live here and if we die, we will die here,” said Owaisi.

The Hyderabad MP further said that Indian Muslims would neither go to Syria nor Pakistan. He said, “Those who had to go to Pakistan have already gone. Our forefathers fought against the British, they raised slogans of Hindustan Zindabad.”

Addressing a public gathering in Pune, Owaisi also talked about the controversial triple talaq bill, which is currently stuck in the Rajya Sabha. Targeting Prime Minister Narendra Modi, he said, “Open your eyes and mind Mr Modi, you are not a well-wisher of Muslim women, you are our enemy and making preparations for injustice to us.”

"This is nothing but threatening us. When the matter is sub-judice, with what motive is Sri Sri Ravi Shankar making those statements? He has committed contempt of court by speaking about a matter that is pending in the Supreme Court," he said on Tuesday.

The AIMIM leader said that in the wake of the threatening talks, the Supreme Court should take up the proceedings on the Babri case only after the 2019 Lok Sabha elections.

"After his open threat of infighting people saying that if the issue is not decided in favour of X group, then India would become like Syria, I think the Supreme Court should not hear this matter till the next Lok Sabha elections because politics is being done over it," he said adding that the statement was deliberately made before the hearing on the issue in the court on March 14.