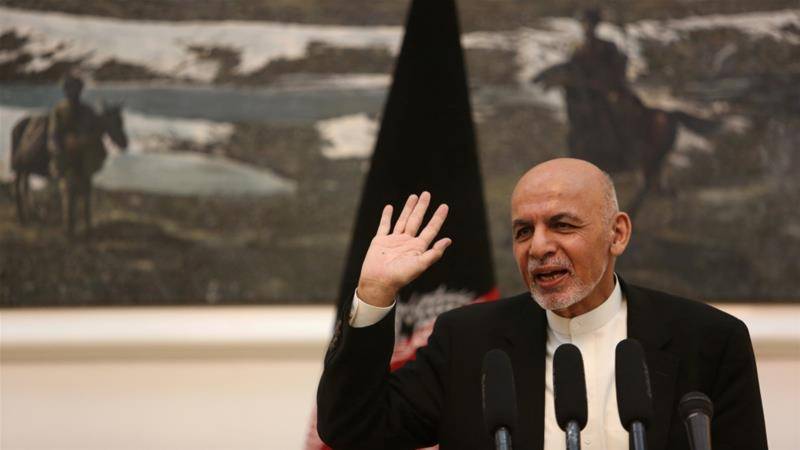 ISLAMABAD-Afghanistan's government will soon complete a Taliban prisoner release that is vital to peace talks with the insurgents getting underway, President Ashraf Ghani said Thursday.

Under the terms of a US-Taliban deal signed in February, Kabul has pledged to free 5,000 Taliban prisoners in a swap that would see the insurgents release 1,000 Afghan security force captives.

Once the swap is done, the two sides have pledged to begin peace talks that could end nearly 19 years of war.

Kabul has already released 3,000 prisoners, with the remainder due to come out shortly, Ghani said.

"The remaining commitment, my colleagues and I have made the decision to release an additional 2,000 prisoners within a very short period. We will announce the date soon," Ghani said in a video interview with a Washington think tank.

Ghani, who this year started his second term after a bitterly contested election that was marred with fraud claims, complained that the Taliban had not been transparent about how many Afghan soldiers they still hold.

"The number keeps shifting. We need clarity regarding the fate of those that are with them and assurance that the last person remaining with them is released," Ghani told the Atlantic Council's South Asia Center and the US Institute for Peace.

The Taliban and Afghan security forces observed a three-day ceasefire last month and have generally reduced violence across Afghanistan since then in an attempt to set the conditions for peace talks.

Ghani said he would elaborate next steps in the peace process next week and called for a "humanitarian ceasefire" to provide food and medical assistance during the coronavirus crisis.

"In terms of reduction of violence, there has been (one) but the casualty figures still average around 60-70 a day. The number of fatalities unfortunately are averaging 30," he said.

Ghani did not say if the casualties were civilians, fighters or a combination.

Under the US-Taliban deal, American and foreign forces are slated to leave Afghanistan over the coming months.(AFP/APP)