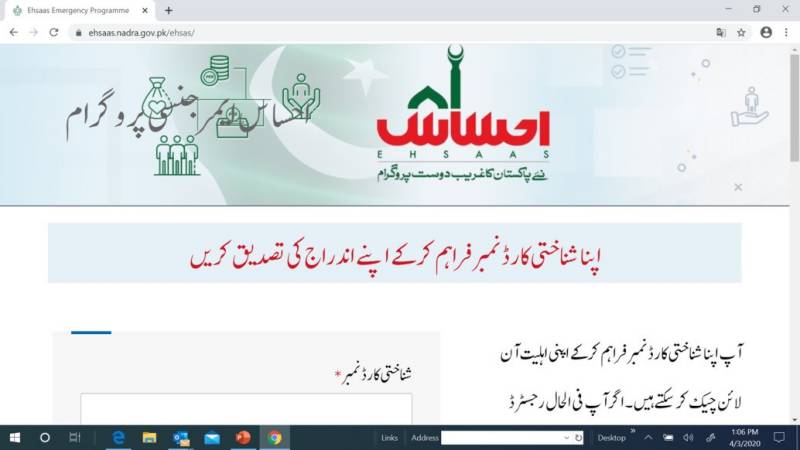 ISLAMABAD-A total of Rs. 1.74 billion were distributed among 143,828 deserving families across

in a briefing given to Deputy Commissioner Abdullah Nayyar Sheikh here on Thursday. He said that

in third phase, under the Chief Minister's Insaaf Program, 72,744 people were registered and

He said that in the second phase of Ehsas Emergency Program, out of 78,282 proposed deserving

people in the district, Rs. 737 million were distributed among 61,385 deserving people while

Rs. 552 million were also distributed among 44080 deserving in phase one.

cash at emergency centers, he directed to maintain social distances besides observing SOPs

issued by government to save people from virus.