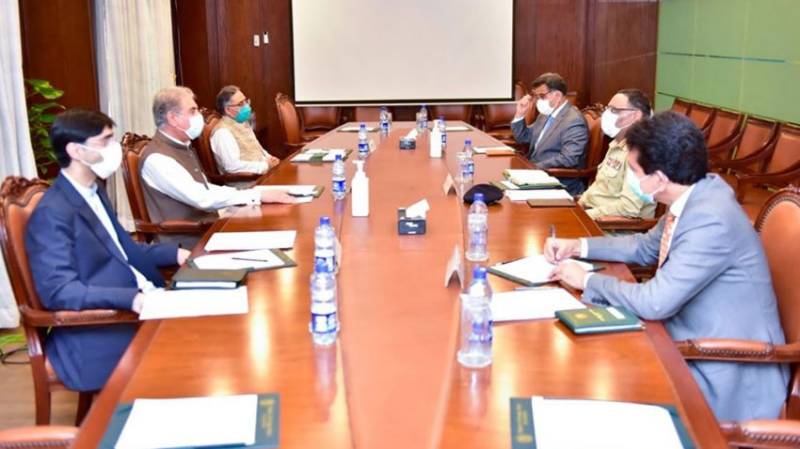 Pakistan has once again urged the international community to take notice of Indian atrocities against innocent Kashmiris in Occupied Kashmir.

This was stated by Foreign Minister Shah Mahmood Qureshi while chairing a high level meeting at Foreign Office in Islamabad on Thursday.

The meeting also discussed the global epidemic situation, regional and national security and Pakistan's efforts for lasting peace in Afghanistan.

The Foreign Minister said that the extremist face of India has been exposed to the world and voices are also being raised within India against Indian government. He said the world is engaged in dealing with a global epidemic, but on the other hand, India wants to destroy the peace and stability of the region through its Hindutva policies.

The Foreign Minister said that Pakistan will continue to play its conciliatory role in Afghan Peace Process with sincerity to establish peace in the neighboring country.

Shah Mahmood Qureshi said the government is using all resources to control the spread of coronavirus. He said we, as a nation must defeat this global epidemic following precautionary measures issued by the government.