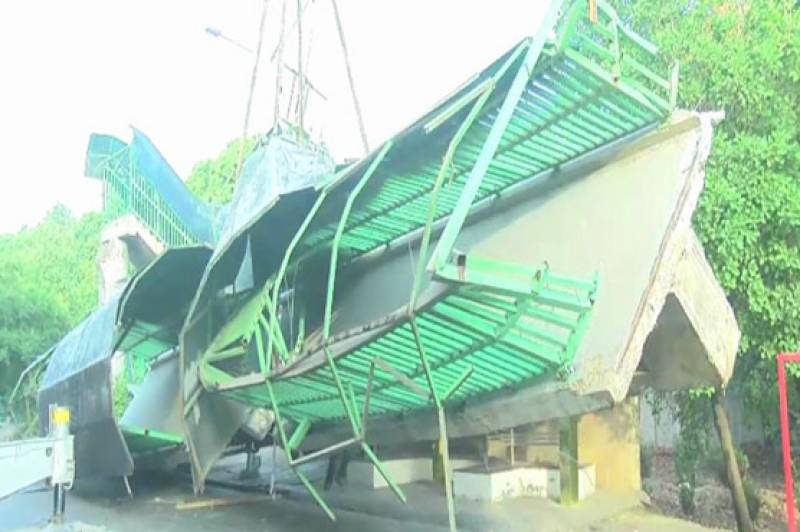 LAHORE: An overhead bridge on Monday collapsed on Lahore’s Canal Road as a trailer rammed into it.

According to sources, the trailer was carrying a heavy generator of Orange Line Train project when it collided into a portion of a pedestrian overhead bridge.

The trailer was severely damaged as the debris of the bridge fell over it.

A crane from the Orange line project was sought to clear the debris and transfer the machinery to Mughalpura.

The rescue team successfully removed the debris of the fallen bridge along with the generator after 8 continuous hours, causing a road blockage on Canal Road.

Earlier, reports surfaced that a recently built bridge had fallen down due to poor construction, however, later on it was established that the bridge collapsed after a trailer rammed into it.

The police filed a First Information Report (FIR) against the driver and arrested him for damaging public property.