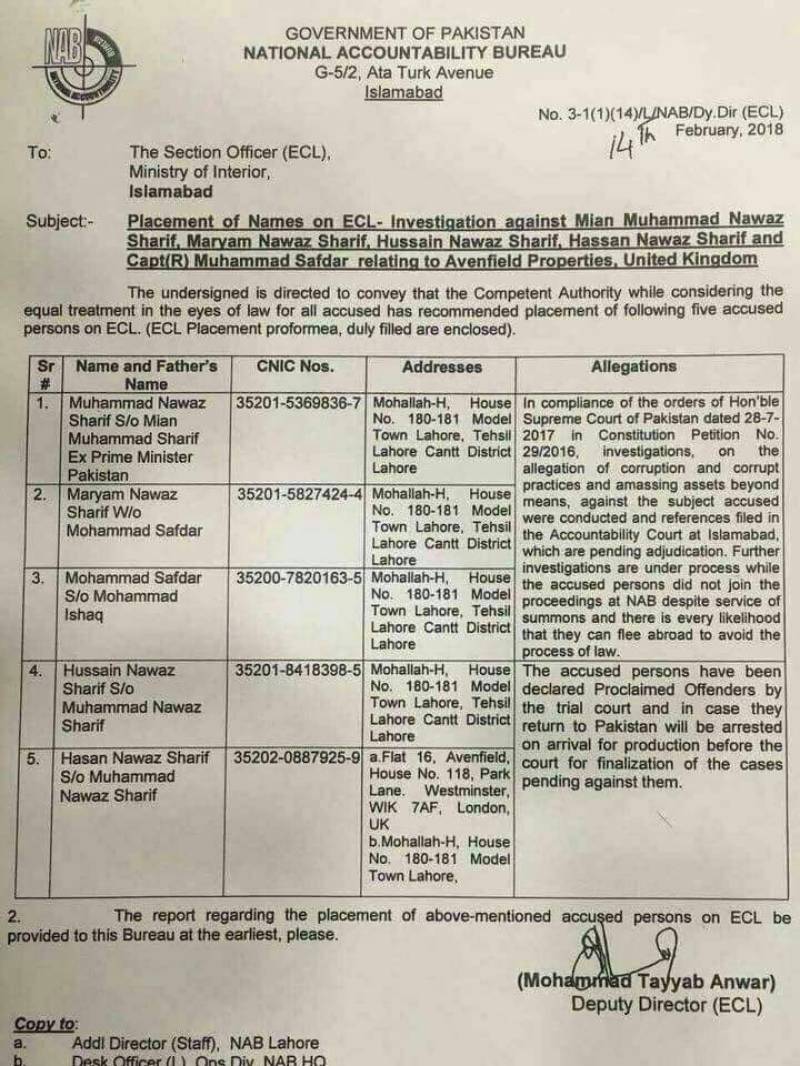 This is NAB's second letter on the matter. The anti-graft body in a letter on Feb14 had put forward the same request.

NAB in its latest letter maintained that: "The matter is agitated again in view of the fact that reference against the subject accused persons are at the final stage of the trial. There is apprehension that they may leave the country to avoid legal outcomes of the judgment which are expected to be announced shortly.

NAB in its Feb 14 letter, dispatched two letters to the ministry, one asking for Nawaz Sharif to be placed on ECL citing him being an accused in the Azizia Mills reference, Flagship reference, and Avenfield properties reference.

In the second letter, it requested to place Maryam Nawaz Sharif and her husband Captain (retired) Safdar to on the ECL as both are accused in the Avenfield properties reference.