Pakistan-Germany investment and economic cooperation to be enhanced
11 Jun, 2016 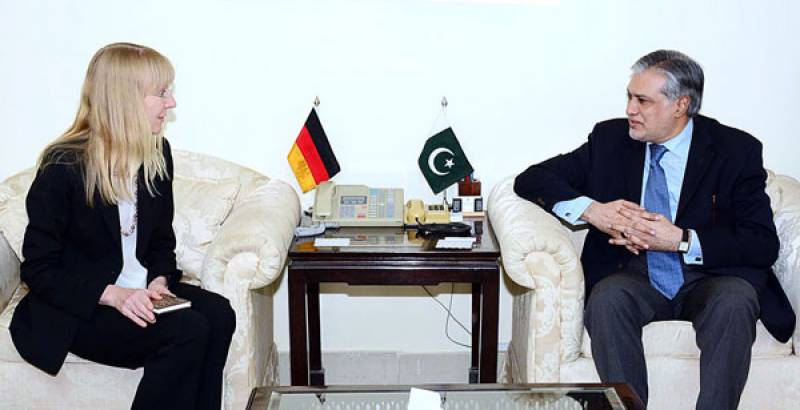 The envoy informed the Minister about leading German companies' plan to invest in telecom and energy sectors in Pakistan.

She added that she looked forward to the Government particularly the Finance Minister's support, for facilitating these companies.

Ishaq Dar welcomed the investment programme of the German companies and said that Government fully encourages foreign investment which is the key component of the growth policy it was now pursuing with full vigour.

He said the government had announced a business friendly budget which offered incentives for industry.

The German companies should make full use of the liberal investment regime that Pakistan offers, the Minister said.

Ms Ina Lepel thanked the Minister for the encouragement and support offered for investment by German companies.

Senior officials of the Ministry of Finance and Federal Bureau of Revenue also attended the meeting.