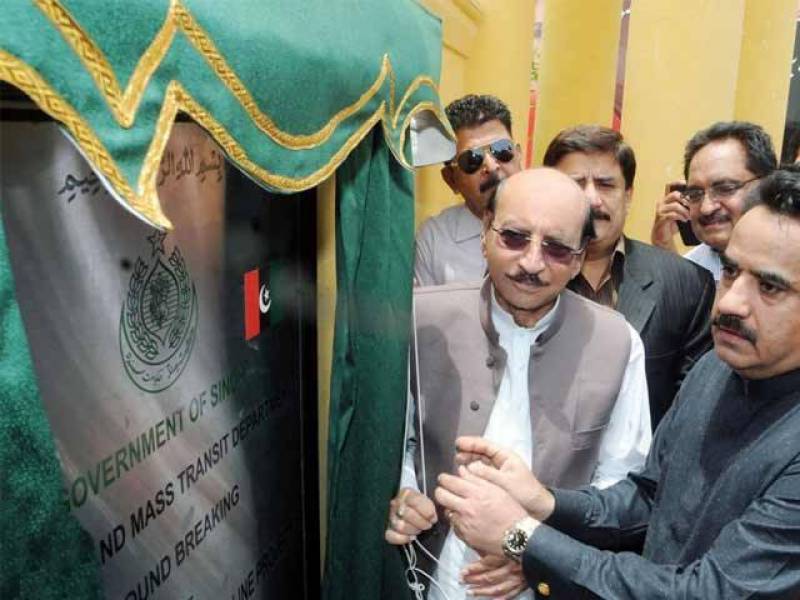 As per details, the ceremony of the project was held in Orangi Town where Chief Minister laid foundation of the project. While addressing the inauguration ceremony, Syed Qaim Ali Shah said that PPP believe in resolving the issues of poor people of Pakistan and all efforts are being made by Sindh government in this regard.

He pointed out the all the arrangements have been finalized regarding K-4 project while 260 MGD water would be available in Karachi under this project that will cover over 80% needs of water in Karachi.

Sindh CM highlighted that transport is the second biggest issue of Karachi and government is taking effective measures to end the transport issue as 6 rapid bus transport projects have been planned by government.

Federal government is completing green line project and Sindh government has initiated orange line project with its resources while other projects would be started under public-private partnership.