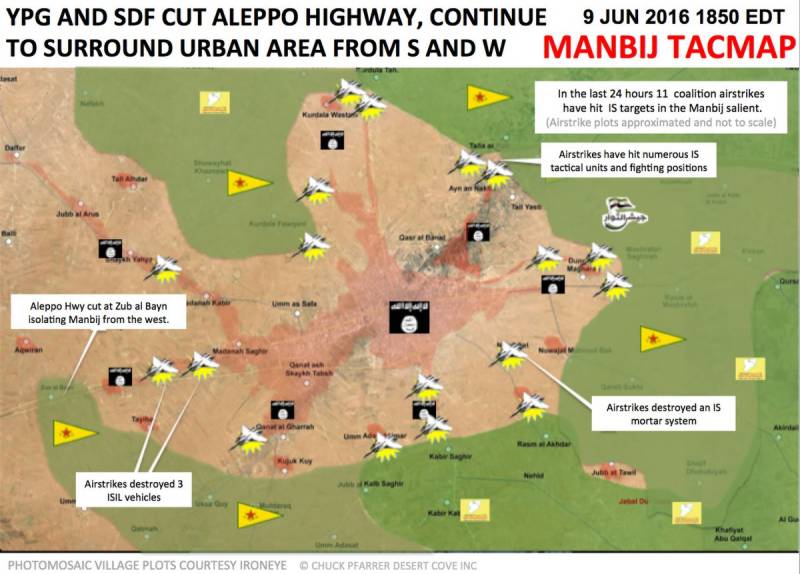 Tens of thousands of civilians are trapped inside the northern Syrian city of Manbij after US-backed fighters surrounded the Islamic State group stronghold, a monitor said Saturday.

The Syrian Observatory for Human Rights, a British-based monitor, said warplanes from a US-led coalition were conducting heavy bombing raids on Manbij.

"Tens of thousands of civilians who are still there can't leave as all the routes out of the city are cut," Observatory head Rami Abdel Rahman told AFP.

The US envoy to the anti-IS coalition backing the SDF, Brett McGurk, said the surrounding of Manbij had severed an important route for IS fighters.

"ISIL terrorists now completely surrounded with no way out," he wrote on Twitter, using another name for IS.

The city has been held by IS since 2014 and the Observatory said that thousands of inhabitants had recently fled Manbij as air strikes intensified.