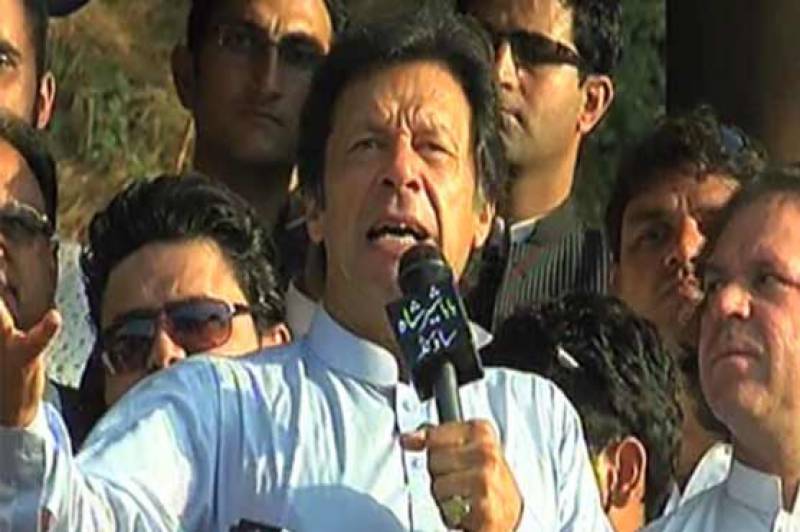 LAHORE: While criticizing government over the issue of TORs, PTI Chairman Imran Khan said that government is prolonging TORs issue to avoid accountability but PTI would come on roads for the accountability of PM Nawaz and his family.

While talking to media here at today in Lahore, Imran Khan pointed out that he did not have any fear from accountability and offered himself for it but PM Nawaz and his family is afraid over the issue of Panama leaks as they are going to be exposed over their corruption.

He alleged that PML-N government is trying to bribe politicians to suppress the issue of Panama leaks but people are supporting PTI and we will come on roads with 10% of the population if Terms of References are not decided to investigation Panama leaks revelations.

Imran added that those people will be trialed under article 6 who are involved in looting nation wealth if PTI come in power.

He alleged that all four member of election commission who retired today were member of PML-N and not ECP and they were guilty while PTI is not accountable before ECP but court over its foreign funding.