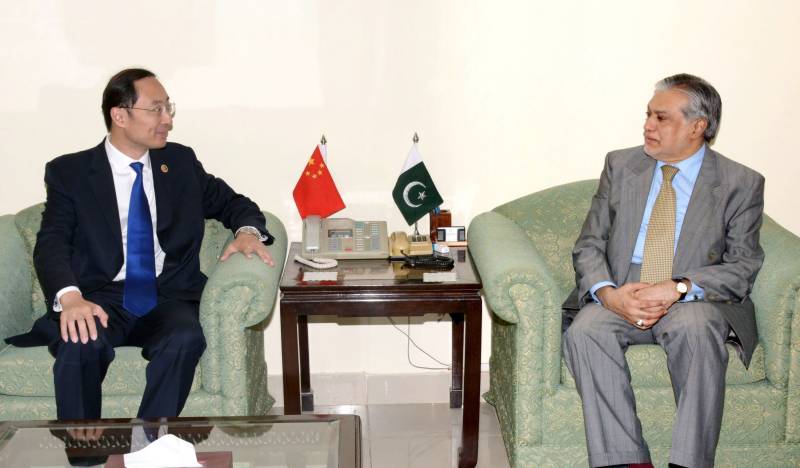 Ambassador of China to Pakistan, Sun Weidong called on Finance Minister, Senator Mohammad Ishaq Dar and greeted the Minister on completion of 65 years of   Pak-China relations.

He said that friendship between the two countries would be further strengthened in future with more and more focus, being laid on economic cooperation, according to a statement issued here on Saturday.

Ambassador Sun referred to the visit of Chinese President to Pakistan last year and said that 2016 was  the year of implementation on the decisions taken by the leadership of the two countries during that visit.

He cited the recent handing over of equipment by  the Chinese government to security and health institutions  in Pakistan as part of the implementation programme.