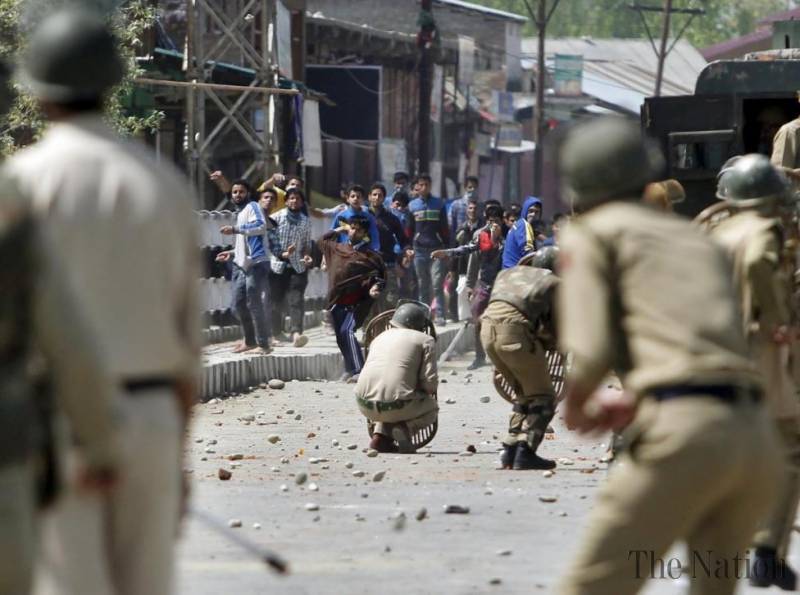 ISLAMABAD: (APP) Terming India's state sponsored terrorism in Occupied Kashmir as "extremely unfortunate", the political and defence analysts on Monday called upon the international community for taking immediate notice of the killing of innocent people.

The death toll reached 23 by Monday as Indian forces killed the Kashmiri civilians protesting the martyrdom of their leader Burhan Wani in Indian Held Kashmir.

Talat Masood said the incident was condemnable and India should politically engage with Hurriyet leaders instead of pursuing aggressive tactics.

He said Pakistan should continue to highlight Indian violations of fundamental human rights of Kashmiris at international forum including in United Nations with much greater resolve.

He said the world community's conscience needed to be shaken over the killings and detention of innocent Kashmiris.

Political analyst Rasool Bux Raees in his comments on the current situation in Indian-held Kashmir regretted the silence of international community over the human rights violations.

He said the human rights organizations in India should take notice of the plight of Kashmiris who were genuinely demanding their right to self-determination.

He said Pakistan through effective diplomacy should voice its concern over the situation in Kashmir and highlight the need for fulfillment of UN Security Council's resolutions on Kashmir dispute.

When asked to comment that pushing for Kashmir issue to remain on the agenda by Pakistan could hamper the talks process with India, Raees said "Raising voice against brutalities should never be stopped in view of maintaining bilateral relations with India."