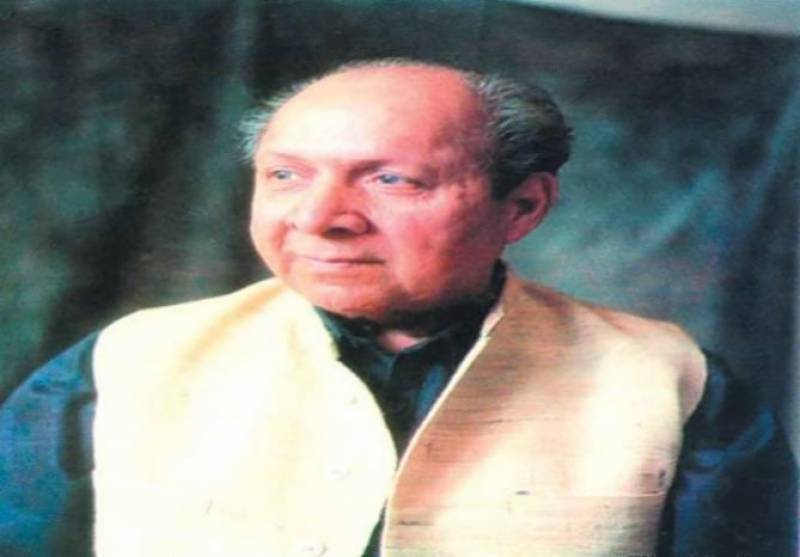 ISLAMABAD: (APP) The death anniversary of renowned Urdu poet and lyricist Qateel Shifai was observed on Monday and homages were paid for his contribution in the urdu literature.

According to Radio Pakistan, his real name was Muhammad Aurangzeb but he adopted Qateel Shifai as his pen name.

Qateel Shifai was born on December 24, 1919 in Haripur, Hazara Division. He adopted Qateel Shifai as his pen name in 1938 under which he is known in the world of Urdu poetry.

"Qateel" was his "takhallus" and "Shifai" was in honour of his ustaad Hakim Mohammed `Shifa' whom he considered his mentor. His first ghazal was published in the Lahore weekly `Star', edited by Qamar Jalalabadi.

In 1946, he was called to Lahore by Nazir Ahmed to work as the assistant editor of the monthly `Adab-e-Latif', a literary magazine published since 1936.

He won numerous awards as a lyricist. Many of his poem collections were published, one amongst them being "Mutriba" which got him the highest literature award in Pakistan.

Over 2,500 songs for Pakistani and Indian films were published. His poetry was also translated into various languages including Hindi, Gujarati, English, Russian and Chinese.

Qateel Shifai received the `Pride of Performance Award' in 1994 for his contribution to literature by the Government of Pakistan in recognition of his literary work.