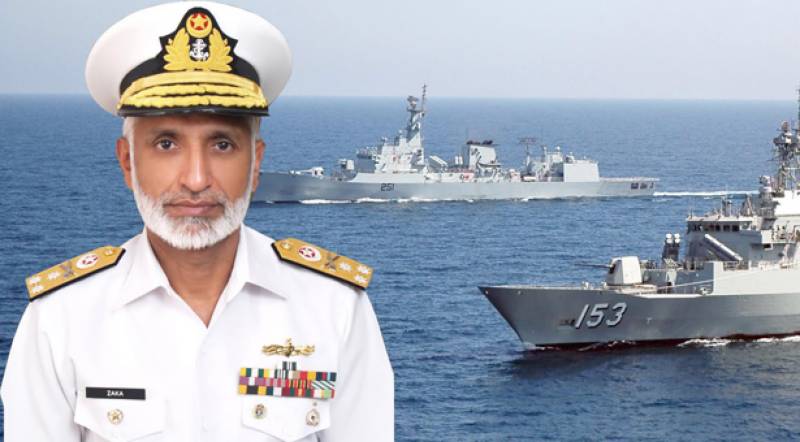 During informal interaction with Marines, Naval Chief greeted them Eid and spent time with them, said a statement issued by ISPR here on Monday.

During his visit, Naval Chief was briefed on the operational matters and efforts in hand to further augment security of the creeks area.

While talking to the officers and men deployed on forward post near Indian border, the Admiral lauded their hard work, devotion and high morale in carrying out the onerous task of defending this critical frontier under very harsh topographic environment comprising marshes, swamps and unpredictable waterways.

The Naval Chief expressed his entire satisfaction on the operational preparedness of Pak Marines in creeks area.