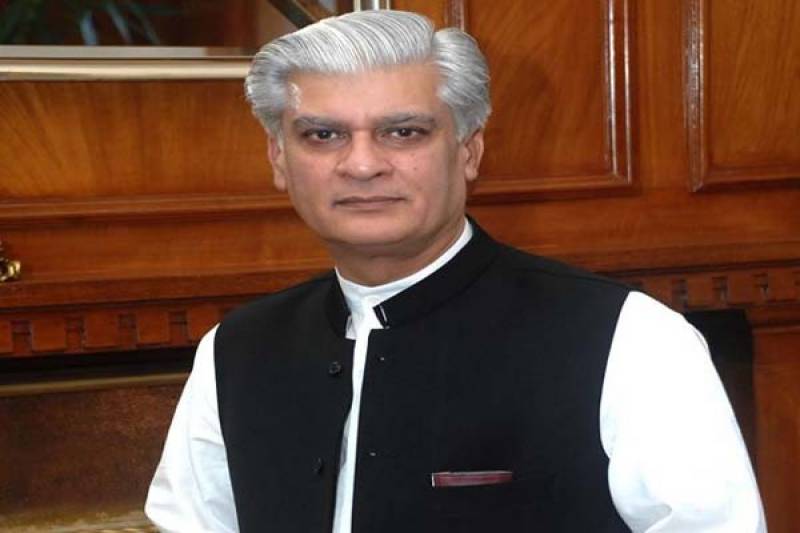 ISLAMABAD: (APP) Special Assistant to the Prime Minister on Political Affairs Dr Asif Kirmani Sunday alleged that the sitting Azad Jammu and Kashmir (AJK) government had made a plan to rig the upcoming general election by creating an environment of terror through professional killers.

Dr Kirmani, in a statement, urged the AJK Chief Election Commissioner and the administration to ensure protection to public lives and property for peaceful and transparent conduct of the polls, demanding early arrest of the killers of two Pakistan Muslim League-Nawaz (PML-N) workers.

He strongly condemned life attempt on PML-N candidate Chaudhry Abdul Aziz in which the two party workers were killed. Chaudhry Abdul Aziz was seriously injrued in the indiscrimnate firing by the Pakistan Peoples Party (PPP) goons in Haveli, he alleged.

This was not the first incident as the PPP men had already attacked the PML-N workers and leader Mushtaq Minhas in Nakiyal and Bagh, he further alleged.

"Where are the AJK administration and CEC?" he questioned.

The Majeed government, Dr Kirmani said, was afraid of the PML-N's popularity in AJK and that was why it was resorting to 'terrorism'.

He recalled that threats by AJK Prime Minister Chaudhry Abdul Majeed of gunning down federal ministers had already published in the media and were 'part of the record'.

He said the PML-N leaders approached the AJK people with its manifesto for the upcoming elections like those belonging to other political parties and "it is our right."

"We go to the AJK under the same law, under which Yusuf Raza Gilani, Qamar Zaman Kaira and Raja Parvez Ashraf have been visiting the area," he said.