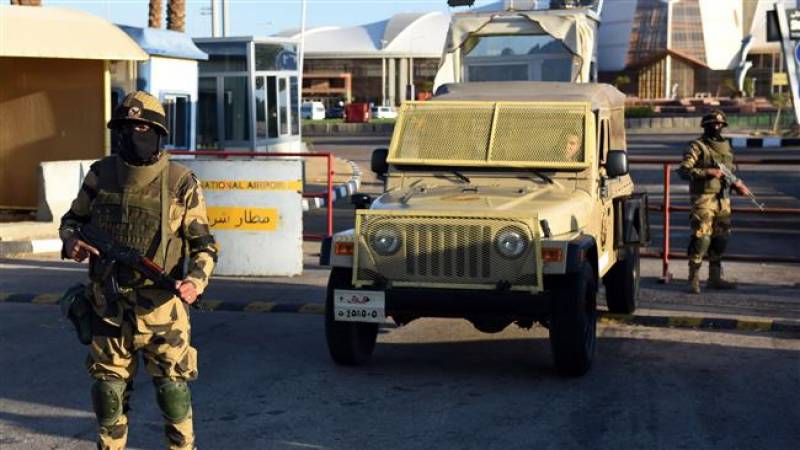 The Islamic State group's self-styled Amaq news agency said a bomb planted by militants targeted a police mine clearing vehicle, but it was not clear whether it was referring to the same incident.

The interior ministry said a police lieutenant and a sergeant were killed when a roadside bomb tore through a convoy, also wounding two officers and a conscript.