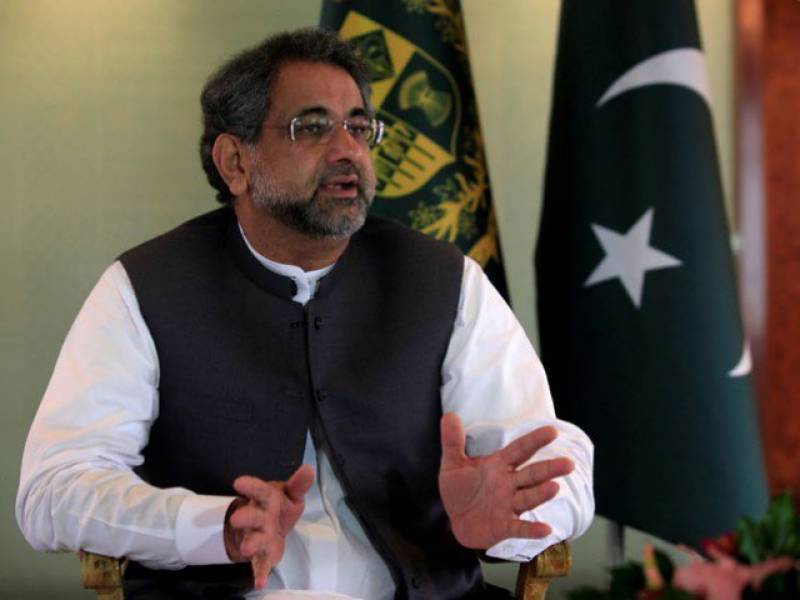 Prime Minister Shahid Khaqan Abbasi says Pakistan has fought the war on terror with its own resources and suffered hugely in terms of human and economic losses.

In an interview, he said the government has taken a clear and unanimous stance over the US leadership's statements, which has been appreciated and acknowledged by the world.

The Prime Minister reiterated that there are neither any safe havens for any terrorist outfit in Pakistan, nor any attack took place from Pakistan on Afghanistan soil.

He said Pakistan has deployed about two hundred and fifty thousand troops on its western border and completely dismantled all hideouts of terrorists.

Speaking about political situation in the country, the Prime Minister categorically stated that the government will complete its term so that democratic process could move forward.

He called upon all political parties to demonstrate their sincerity to Pakistan by adhering to democratic system.

He said holding sit-ins and sowing seeds of unrest in the society will only undermine the country.

He urged all parties to concentrate on the general elections to be held this year.