In a first, US to hire contractors to fly drones in Afghanistan
11 Jan, 2018 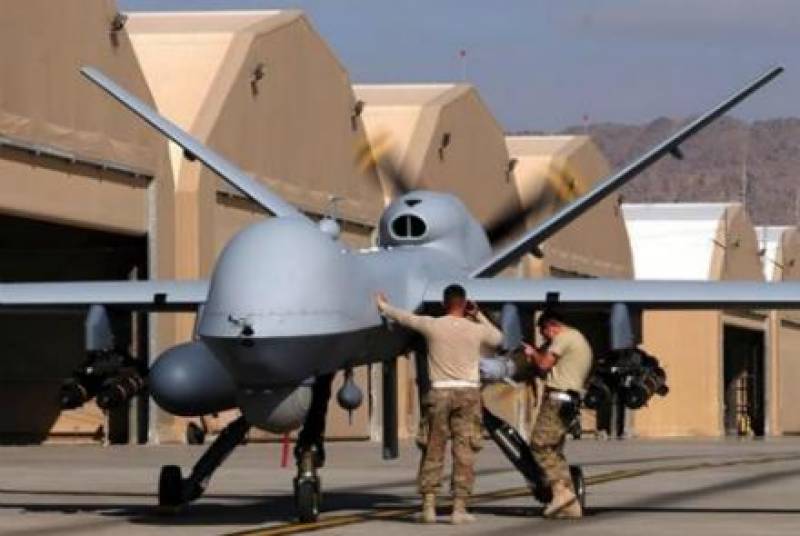 KABUL - The US Navy is planning to hire drone-maker General Atomics to fly its own unarmed MQ-9 Reapers in support of US Marines in Afghanistan, American media reported Wednesday.

The Drive reported that the contractor-operated drones would provide a "surge" of intelligence, reconnaissance, and surveillance capabilities as the US military expands its activities in the Central Asian country, which the US Air Force is not able to provide at present.

The proposed deal was announced by the Naval Air System Command (NAVAIR) on January 09.

The contract, which the Navy did not give an estimated value for, would cover up to a year of operations in Afghanistan running between the 2018 Fiscal Year, when began on Oct. 1, 2017, and the 2019 fiscal cycle.

The announcement does not elaborate anything about the number of Reapers in the mission.

As it stands now, NAVAIR is looking to hire General Atomics to provide a single "orbit" supplying coverage over one particular area 16 hours a day, seven days a week, the report said. The company could have to conduct missions lasting 24-hours or more in certain cases, but with advance notice.

A typical MQ-9 Reaper combat air patrol involves four individual aircraft, so that one aircraft is always on station, while another is heading back to base to refuel, and a third is heading out to take over the mission. The fourth drone is in reserve in case a malfunction, accident, or other issue sidelines one of the aircraft.

The report quotes the US Navy as saying that the Reapers themselves must carry a high-resolution imaging radar system, as well as a multi-spectral camera system.

The Air Force's latest MQ-9s already carry the Raytheon multi-spectral targeting system and General Atomics' own Lynx multi-mode radar and it's likely this is the capability NAVAIR is looking for on the contractor-operated drones.

There is no stated requirement for a wide-area persistent surveillance system with multiple cameras, which could be particularly useful for monitoring insurgent movements.